Writer, Panos Karnezis in London where he lives and writes. Author of The Maze he is a developing writer of prize-winning fiction, shortlisted for the Whitbread First Novel for the acclaimed Little Infamies. Panos Karnezis was born in Greece in 1967 and came to England in 1992. He studied engineering and worked in industry, then studied for an MA in Creative Writing at the University of East Anglia. His first book, Little Infamies (2002) is a collection of connected short stories set in one nameless Greek village, and his second book, The Maze (2004), is a novel set in Anatolia in 1922. It was shortlisted for the 2004 Whitbread First Novel Award. Short stories by Panos Karnezis have been broadcast by BBC Radio 4 and have appeared in Granta, New Writing 11, Prospect, and Areté. 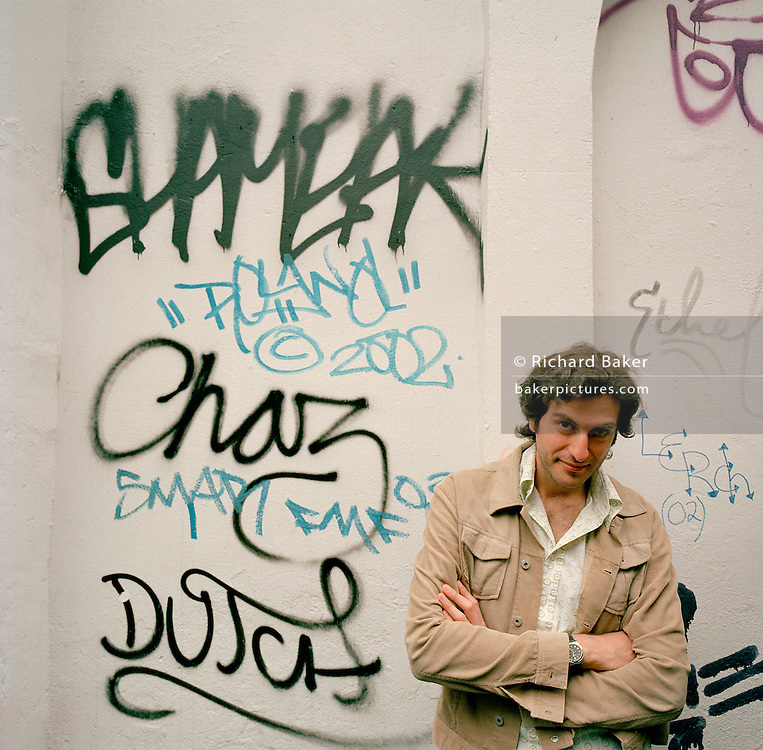