Seen from the air at dawn, the last remaining B-52 bombers from the Cold War-era are laid out in grids across the arid desert near Tucson Arizona. These retired aircraft whose air frames are too old for flight are being recycled, their aluminium worth more than their sum total. In the nuclear arms treaties of the 80s, Soviet satellites proved their decommissioning by spying the tails had been sliced apart huge guillotines and set at right-angles. This is a scene of confrontation, with opposing forces apparently facing each other in the way that Soviet and western armies fought the war of propaganda. Picture from the 'Plane Pictures' project, a celebration of aviation aesthetics and flying culture, 100 years after the Wright brothers first 12 seconds/120 feet powered flight at Kitty Hawk,1903.. 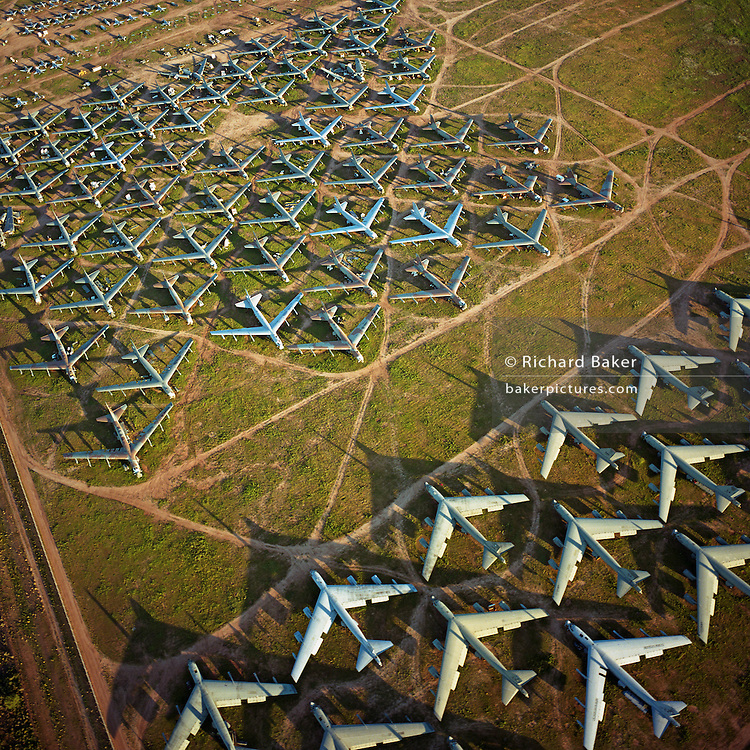