Two workmen carry an outdoor gas restaurant heater below two statues of Adam Smith and John Locke by the Victorian William Theed. The two workers manhandle the heavy and awkward heater to a private function in a rear entrance of the Royal Academy in central London. Looking down on the two colleagues, the two statue figures from a bygone age of the Arts look stern: They are Scottish philosopher Adam Smith (1723 - 1790) and British philosopher John Locke (1632 - 1704) whose effigies are by William Theed, also known as William Theed, the younger (1804 - 9 September 1891) an English sculptor whose services were extensively used by the Royal Family. 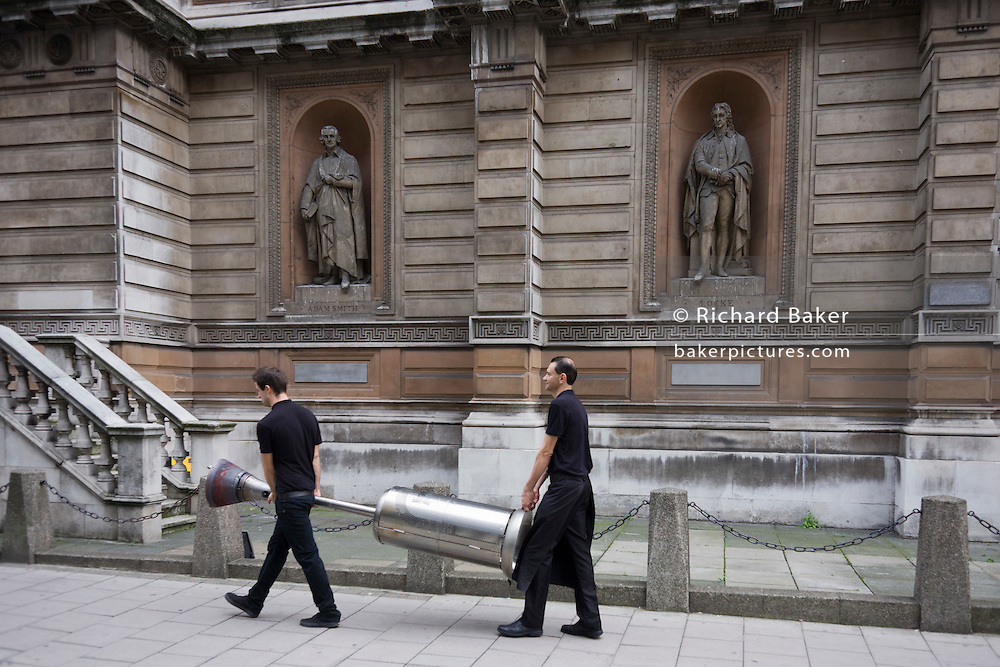