The Sultan Of Brunei In RAF Uniform

An officer attends to tying the shoelace of the Sultan of Brunei during a state visit to the UK in November 1992 at RAF Cranwell, England. Wearing the uniform of an RAF Air Chief Marshal, Hassanal Bolkiah, GCB GCMG (full name: Sultan Haji Hassanal Bolkiah Mu'izzaddin Waddaulah ibni Al-Marhum Sultan Haji Omar Ali Saifuddien Sa'adul Khairi Waddien; (b1946) is the 29th and current Sultan and Yang Di-Pertuan of Brunei. The eldest son of Sir Muda Omar Ali Saifuddien III and Raja Isteri Pengiran Anak (Queen) Damit, he succeeded to the throne as the Sultan of Brunei, following the abdication of his father on 4 October 1967. The Sultan has been ranked among the wealthiest individuals in the world; Forbes estimated the Sultan's total peak net worth at US$20 billion in 2008. 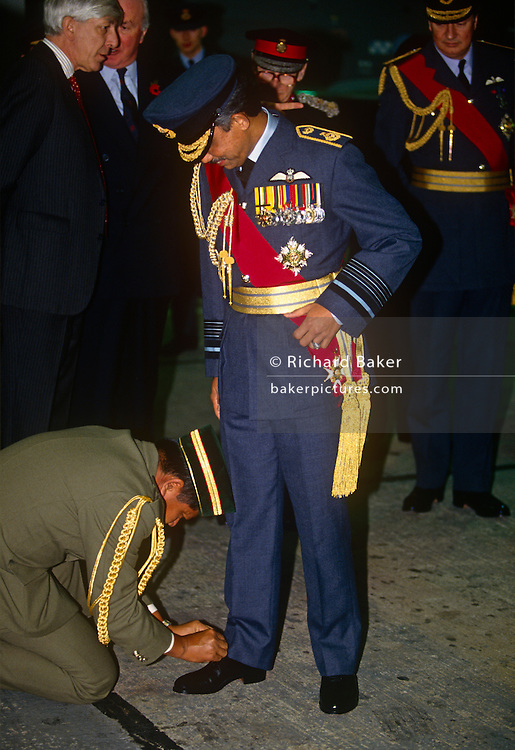