Alongside the official portrait of a member of the Bahraini royal family, the smiling face of a blonde Dutch KLM airline girl adorns a poster in the airline's office in Bahrain airport. This European airline is showing the greatest of respect to the ruling classes in this Gulf State. Similar portraits of kings and princes are seen throughout the arab world, especially where business is being conducted and contracts being sought. Koninklijke Luchtvaart Maatschappij N.V. (KLM Royal Dutch Airlines), known by its initials KLM, is the flag carrier airline of the Netherlands. KLM's headquarters is in Amstelveen near its hub at Amsterdam Airport Schiphol. KLM operates worldwide scheduled passenger and cargo services to more than 90 destinations. It is the oldest airline in the world still operating under its original name. 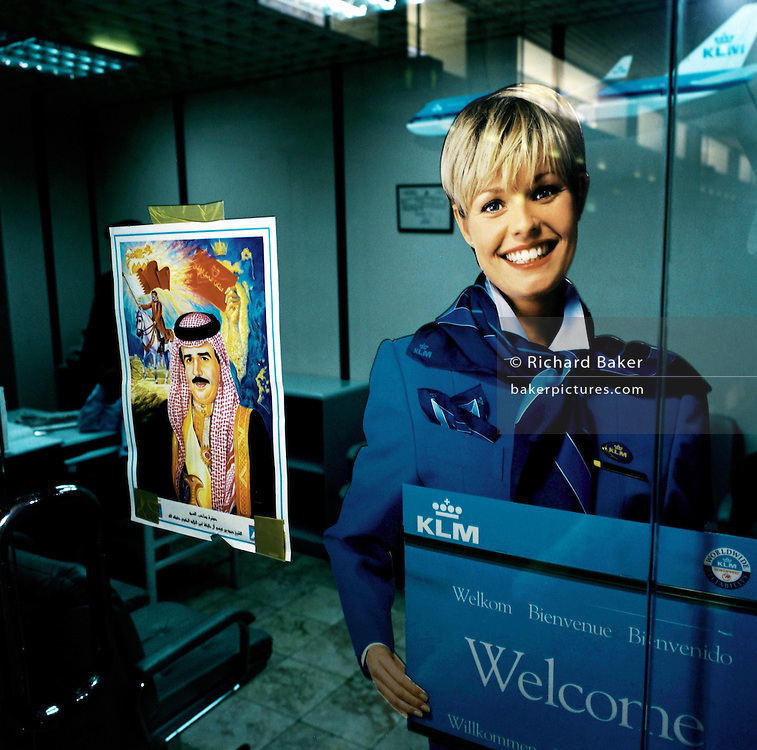