The shadows of tree branches across the boarded-up entrance of All Hallows, an inner-city church on Copperfield Street, on 30th January 2018, in the south London borough of Southwark, England. All Hallows Church Southwark was designed by George Gilbert Scott Junior and built in 1879-80 in Copperfield Street south of the river. The church suffered bomb damage on two occasions in WW2, in addition to being gutted by a landmine where it remained a relative ruin. It was not until 1957 that any attempt was made to salvage the bombed church, but due to the poor state of the surviving remains, the main structure and northern parts of the building had to be demolished. 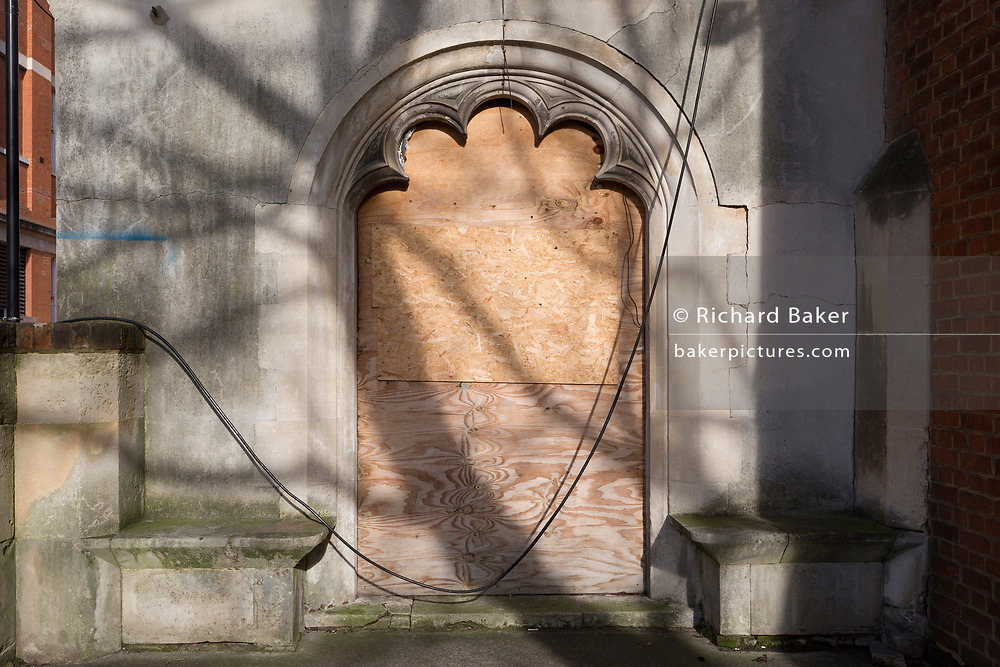