A portrait of British senior civil servant, Sir Robin Butler while practicing putting in the summer of 1989, at the Civil Service College at Sunningdale, England. Butler had a high-profile career in the civil service from 1961 to 1998, serving as Private Secretary to five Prime Ministers. He was Secretary of the Cabinet and Head of the Home Civil Service from 1988 to 1998. Frederick Edward Robin Butler, Baron Butler of Brockwell, KG, GCB, CVO, PC (b1938) is a retired British civil servant, now sitting in the House of Lords as a crossbencher. 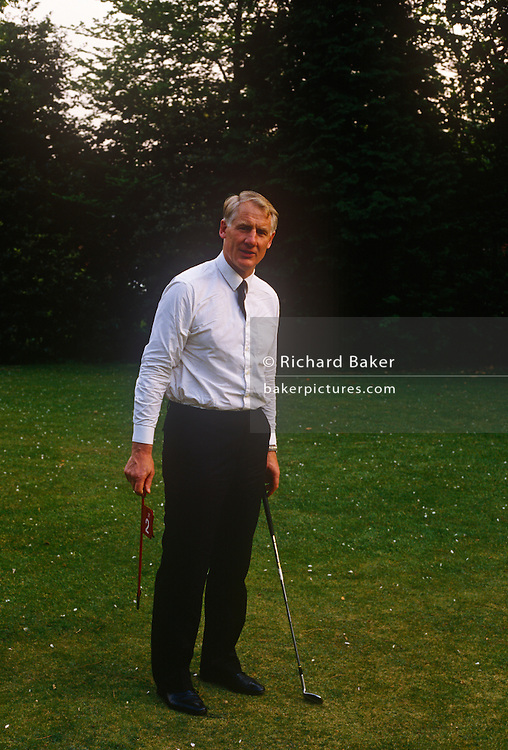