The newly-elected Lord Mayor of London, Alderman Vincent Keaveny, waves from his state coach during the Lord Mayor's Show in the City of London, the capital's financial and historic district, on 13th November 2021, in London, England. Alderman Vincent Keaveny has been elected as the 693rd Lord Mayor of the City of London. The Show dates back to the 13th century, when King John allowed the ancient City of London to appoint its own Mayor and each newly-elected mayor has been making the same annual journey through the streets for over 800 years. 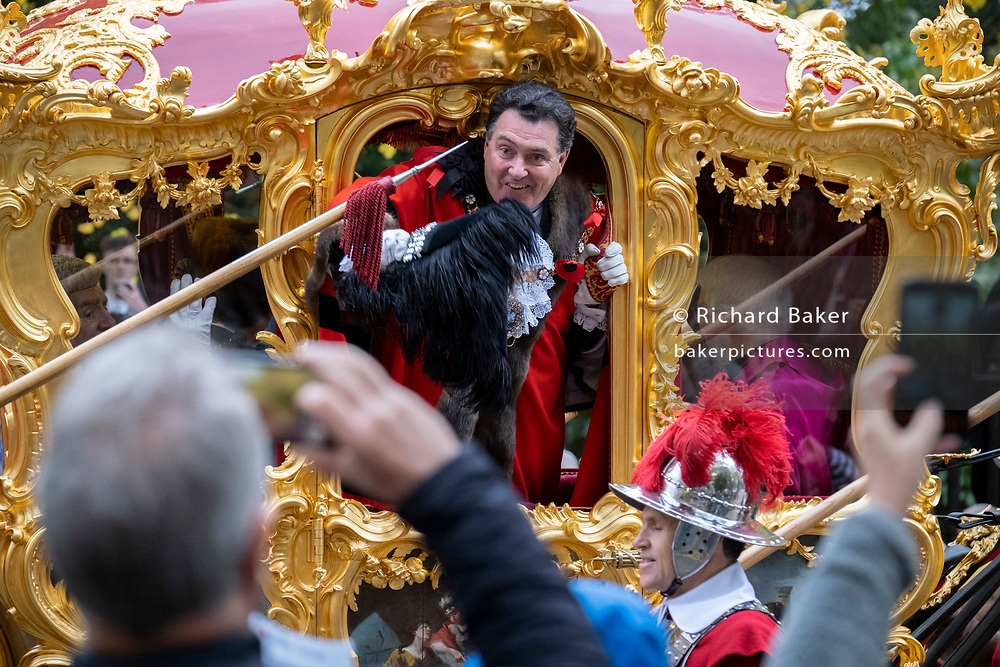