Low tide mud and silt with old wharves on the River Neckinger that once flowed from south London into the Thames at Bermindsey and once the inspiration for the end scenes of Oliver Twist by Charles Dickens, on 19th June 1994, in Bermindsey, London, England. During subsequent redevelopment, the warves became expensive riverside apartments, the waters once again freed from 20th century dereliction. 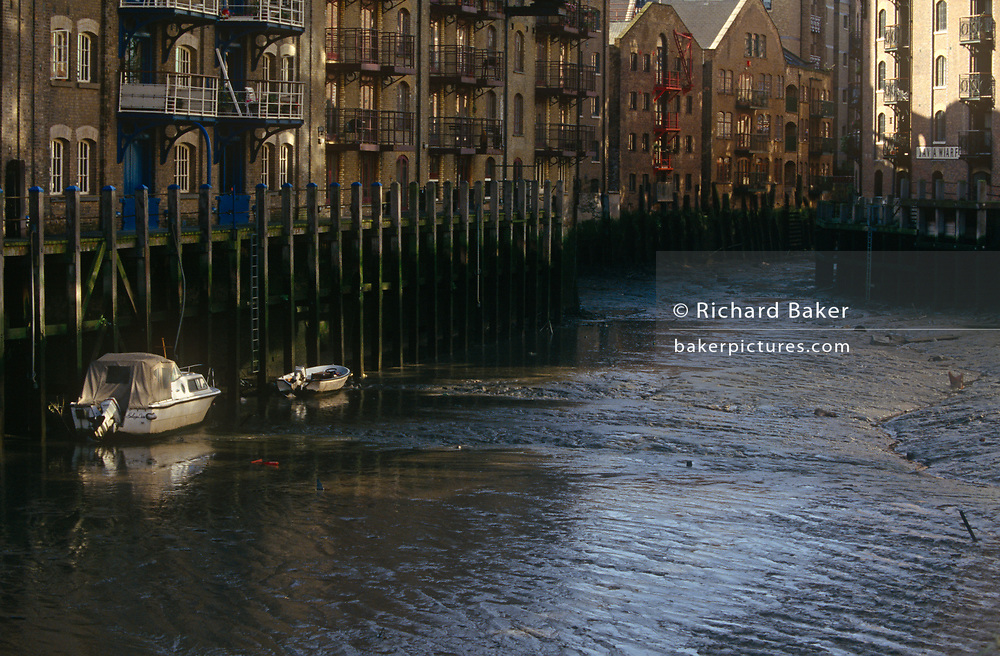