The architecture of the covered Durbar Court, inside the Foreign and Commonwealth Office (FCO) and part of the former India Office, on 17th September 2017, in Whitehall, London, England. The main Foreign Office building is in King Charles Street, and was built by George Gilbert Scott in partnership with Matthew Digby Wyatt and completed in 1868 as part of the new block of government offices which included the India Office and later (1875) the Colonial and Home Offices. George Gilbert Scott was responsible for the overall classical design of these offices but he had an amicable partnership with Wyatt, the India Office’s Surveyor, who designed and built the interior of the India Office. 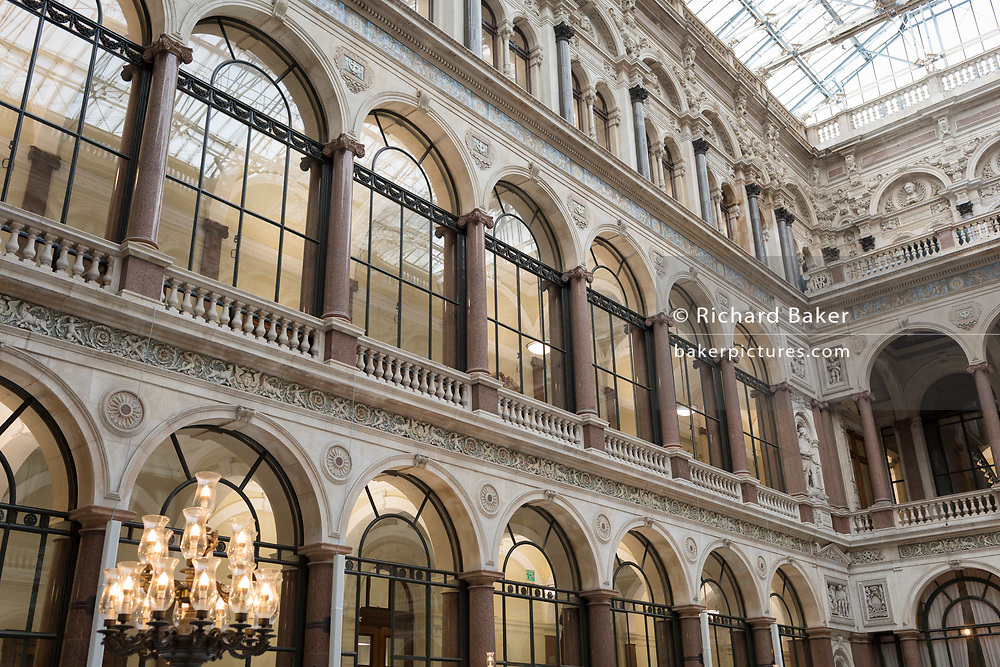