London 8/1/13: Passing a disabled beggar, a man dressed as a NASA moon walking astronaut walks along Oxford Street outside the Selfridges department store in central London - part of a PR promo for deodorant brand Lynx who have launched a competition, with the first prize a once-in-a-lifetime chance to blast into orbit. The 22 winners, which will include one Brit, will experience Earth from outer space on the Lynx SXC (Space Expedition Corporation) space shuttle. Shoppers and passers-by seem oblivious to this symbol of 20th century American technology, now reduced to a PR stunt for the Lynx aftershave brand hosted by Selfridges. Selfridges, also known as Selfridges & Co, is a chain of high end department stores in the United Kingdom. It was founded by Harry Gordon Selfridge. The flagship store in London's Oxford Street is the second largest shop in the UK (after Harrods) and opened 15 March 1909. 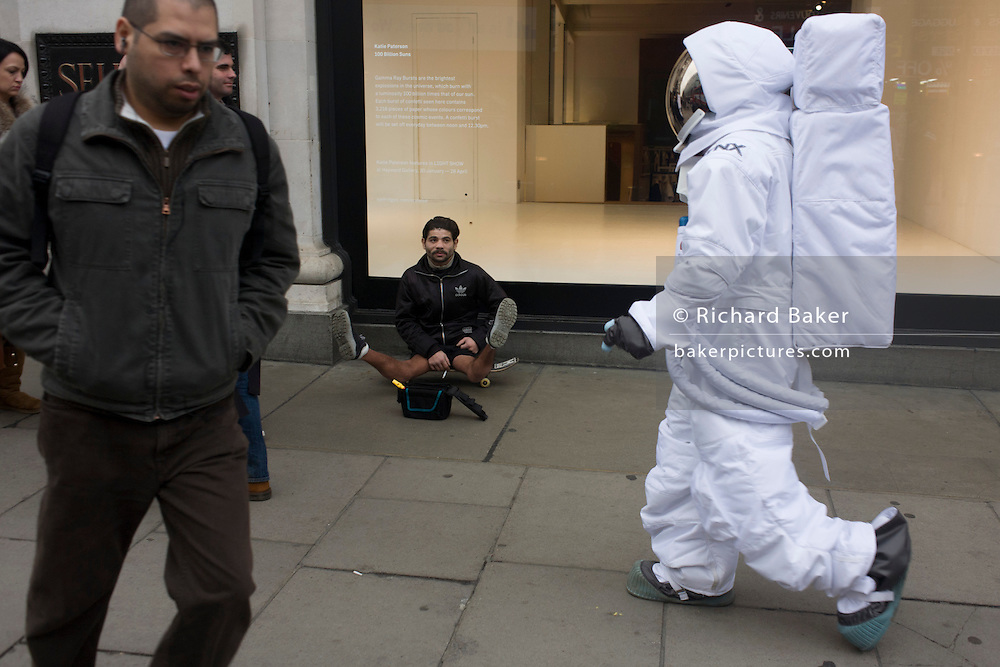