Faded grandeur of Casa Miralinda, a mansion house now abandoned and crumbling, on 17th July 2016, in the spa resort of Luso, Portugal. Across the country, and even at important tourist landmarks, buildings sit vacant and often collapsing. Sometimes it is because a previous generation have passed away to leave properties in the hands of arguing families. Beautiful buildings are therefore left to collapse in town centre. In the 11th century, Luso was a sleepy village linked to a monastery in the hills near Coimbra but it became a lively spa resort in the 1700s as its hot water springs became a focus for tourism. (Photo by Richard Baker / In Pictures via Getty Images) 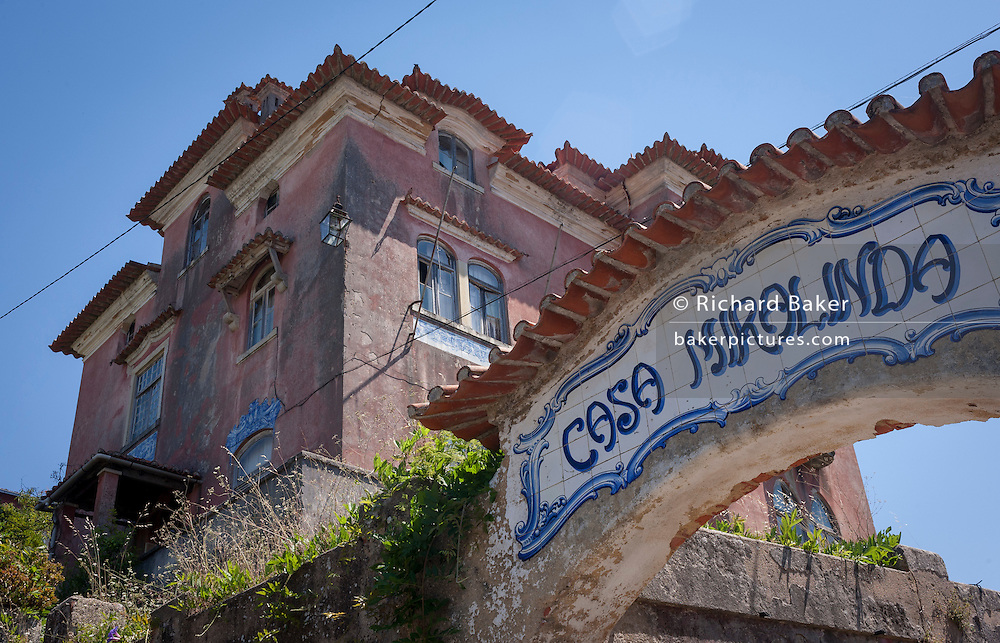