Three days after the killing of Jack Merritt, 25, and Saskia Jones, 23, by the convicted teorrorist Usman Khan at Fishmongers' Hall on London Bridge, friends and families of the victims and Prime Minister Boris Johnson, Leader of the Opposition Jeremy Corbyn, London Mayor Sadiq Khan plus City and police officials, hold a vigil at the Guildhall in the City of London where we see a detail of the Corbyn's hands clasped behind his back, on 2nd December 2019, in London, England. 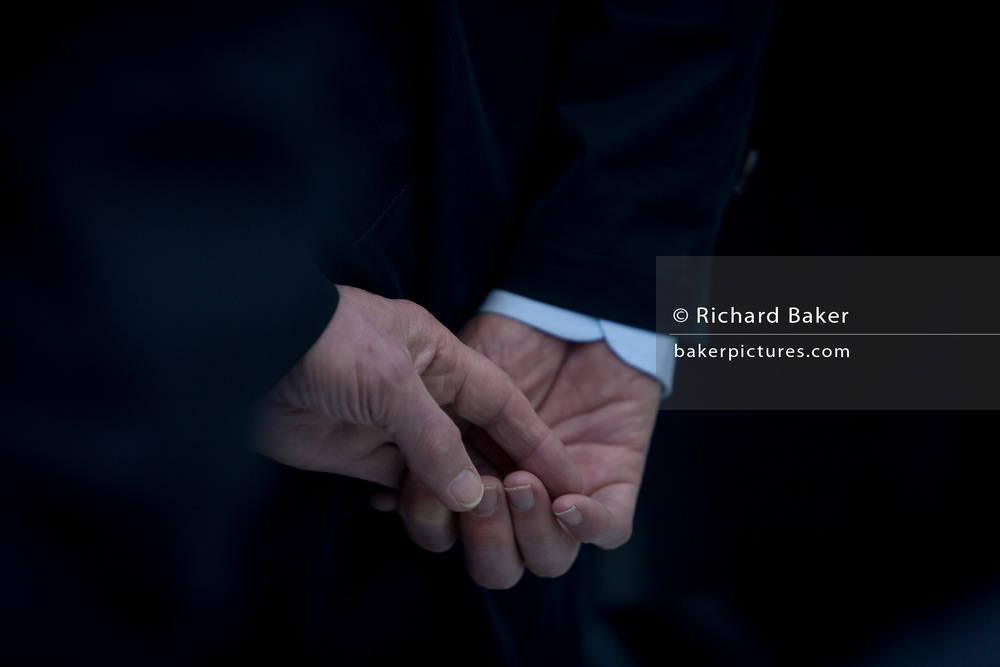