Tower Bridge And City Of London

A met police officer in a police launch boat picks an item from the waters of the River Thames beneath the Victorian-era Tower Bridge with the Norman Tower of London in the capital's financial district (aka The Square Mile) behind, on 5th October, 2017, in London, England. The Gabriel Franks is a Fast Response Targa 31 boat of the Metropolitan Police Marine Policing Unit, named after the first British marine police officer to be killed in the line of duty. 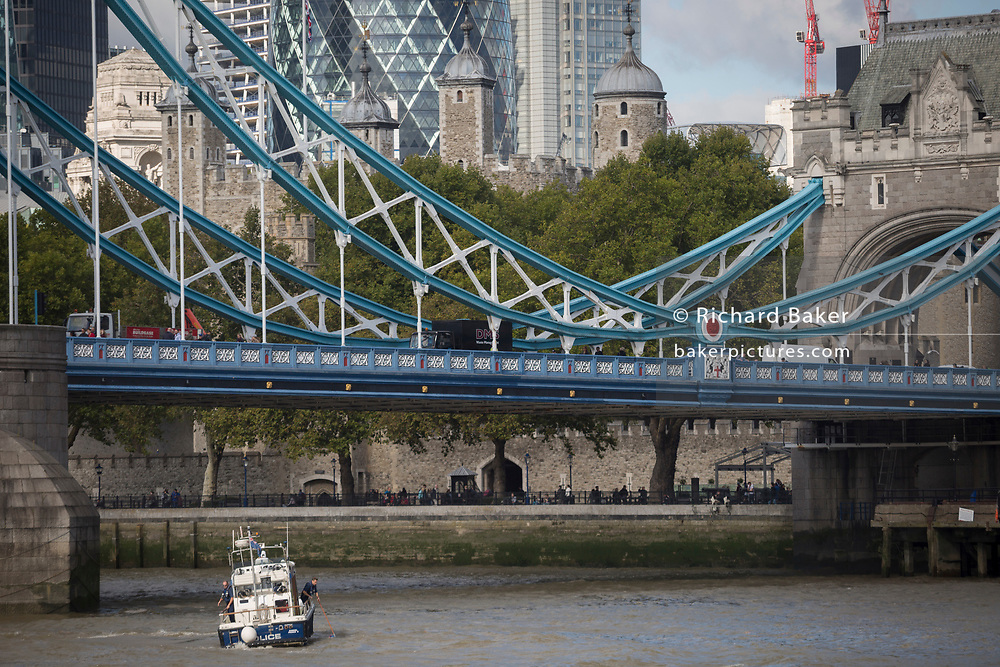