In the weeks before Christmas day on December 25th, the Lord Mayor of London hosts an annual party at his official town hall - the Guildhall - in the historic financial district of the City of London. Inviting Greater London's borough Mayors, they can each invite worthy children for an afternoon's fancy dress party. Two children dressed as Tarzan with a small monkey and a Grenadier Guard with a bearskin, and are seated on the Mayoral throne like two princes in a royal court. The chairs are coated with gold leaf with red cushioned fabric and with the Corporation of London's crest on the top. It looks resplendent and opulent. The two kids are sat looking small in the chairs seemingly made for giants but behind them is another boy dressed as a grey rabbit with floppy ears running past. The Guildhall has been used as a town hall for several hundred years, and is still the ceremonial centre of the City of London. The term Guildhall refers both to the whole building and to its main room, which is a medieval style great hall similar to those at many Oxbridge colleges. The Guildhall complex houses the offices of the Corporation of London and various public facilities. (Greater London also has a City Hall). The great hall is believed to be on the site of an earlier Guildhall, and has large mediaeval crypts underneath. During the Roman period it was the site of an amphitheatre, the largest in Britannia. The City of London is still part of London's city centre, but apart from financial services, most of London's metropolitan functions are centred on the West End. The City of London has a resident population of under 10,000 but a daily working population of 311,000. 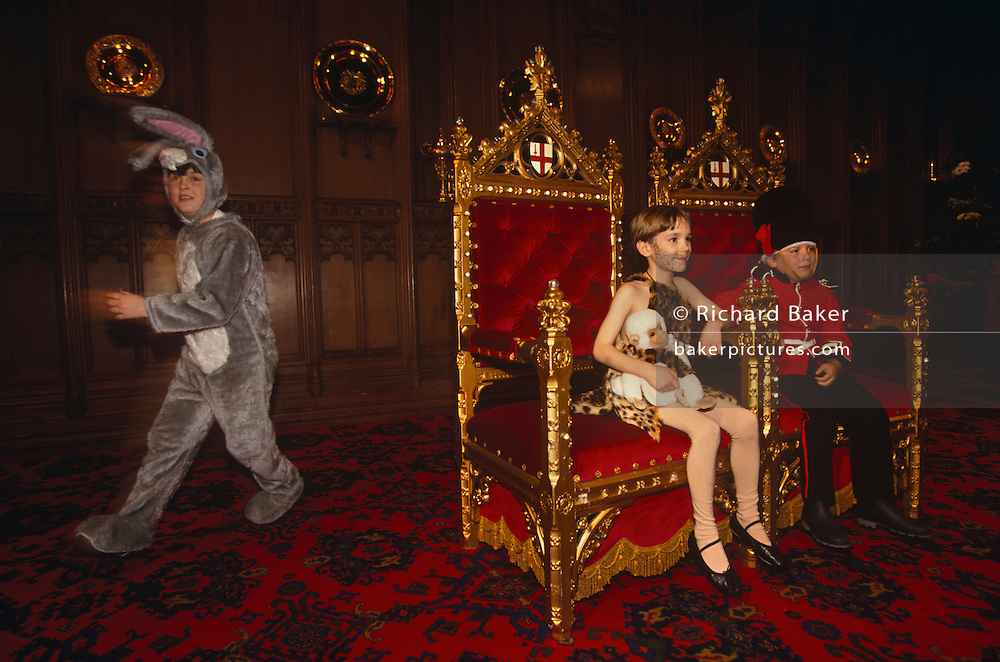