Locals sit in afternoon sunshine beneath the tall outer wall of Hexham's Moot Hall, on 29th September 2017, in Hexham, Northumberland, England. Originally, this gatehouse guarded the hall of the archbishops of York who were the Lords of the manor of Hexham for nearly 500 years until 1545. In later centuries the gatehouse became the setting for the Quarter Sessions of county magistrates and for the meetings of the town's Borough Courts, Since then it has been called the Moot Hall. 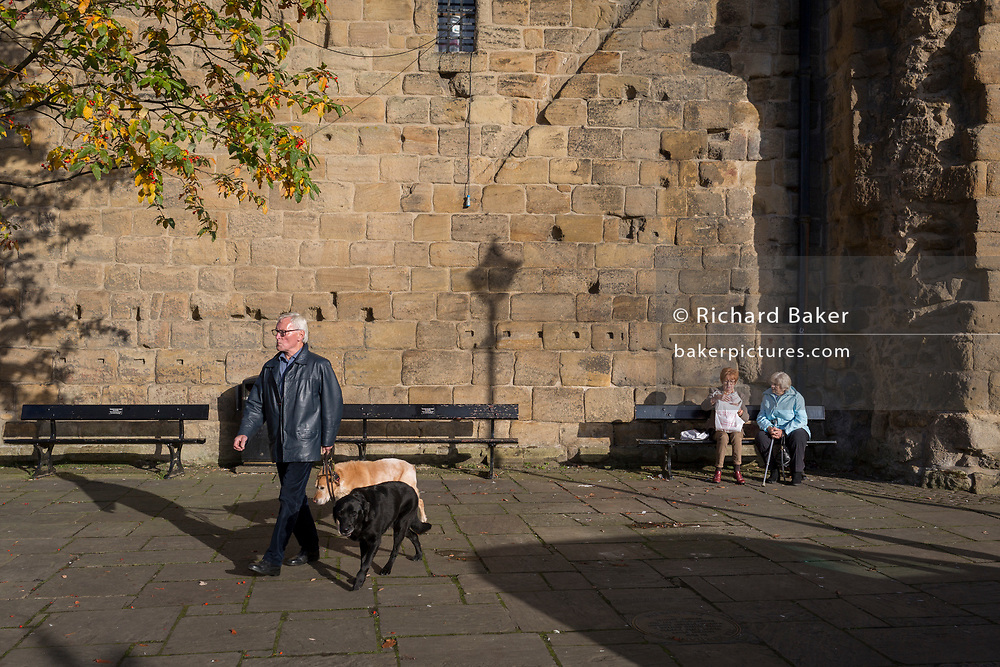