A tray of sardines fry on an outdoor grill in the Bairro Alto district - or Upper City - the oldest of Lisbon's residential quarters. We see in detail 16 fish (sardinhas assadas in Portuguese) all lying in the sunlight on their sides in neat, parralel rows with their clouded eyes staring up towards the viewer. They still have their silvery, scaley skin and Portuguese sardines are traditionally be served with finely-chopped potatoes, considered to be the sweetest and fattest sardines in the world. In Portugal, more than 60 percent of the national sardine catch is consumed fresh: 12 pounds a person, on average, compared to only 2 pounds of the fish canned. The sardine season - when the fish are plump and juicy - lasts from the end of May to the end of October, although the fat fish can keep coming until December. Lisbon's Bairro Alto quarter is located above Baixa and developed in the 16th Century. Suffering very little damage in the earthquake of 1755, it remains the area of most character and renowned for its residential and working quarter for craftsmen and shopkeepers. At night, life takes on a diferent personality when bars and up until the 60s, prostitution gave the district a bad reputation in the past but nowadays tourists and the chic frequent its streets and traditional 'Fado' (classical Portuguese opera) bars. .. 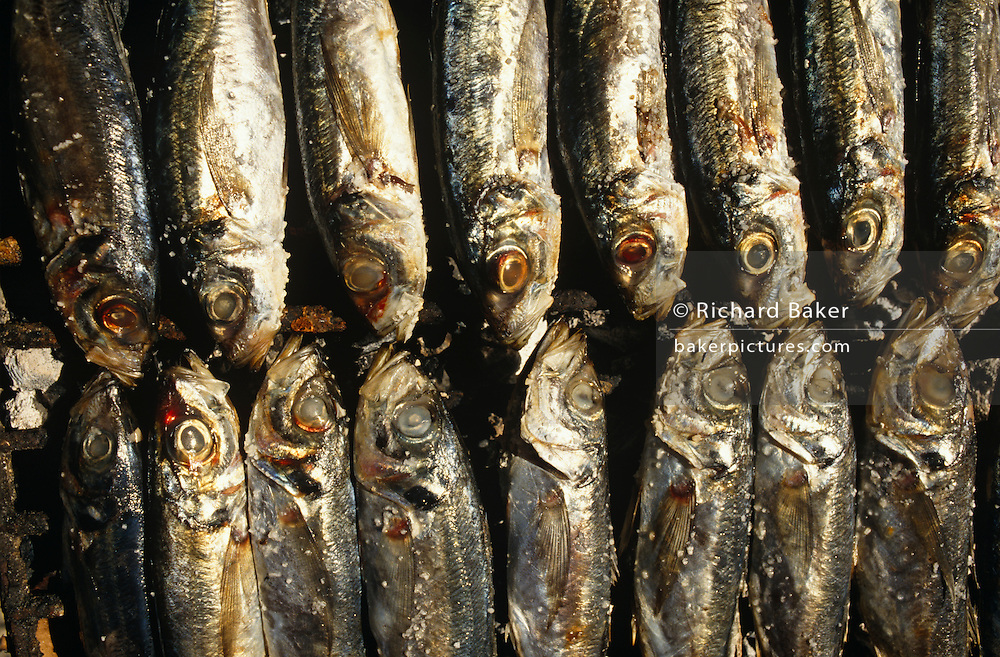