Graffiti sprayed on a rendered brick wall proclaims that a higher authority 'Can't evict our ideas'. This message of resistance by the underdogs of a moral majority appears on a part of wasteland in the Yorkshire city of Bradford, where the residents of an estate near the city centre have been forcibly removed to make space for a new development. Before their migration, the anonymous, downtrodden people were desperate enough to write this piece of anarchical philosophy that might be seen as a metaphor for a class war against the establishment by The People; the working classes otherwise known in Marxist ideology, as the Proletariat - a kind of thought from the (Orwellian) novel Nineteen Eighty-Four, by George Orwell. 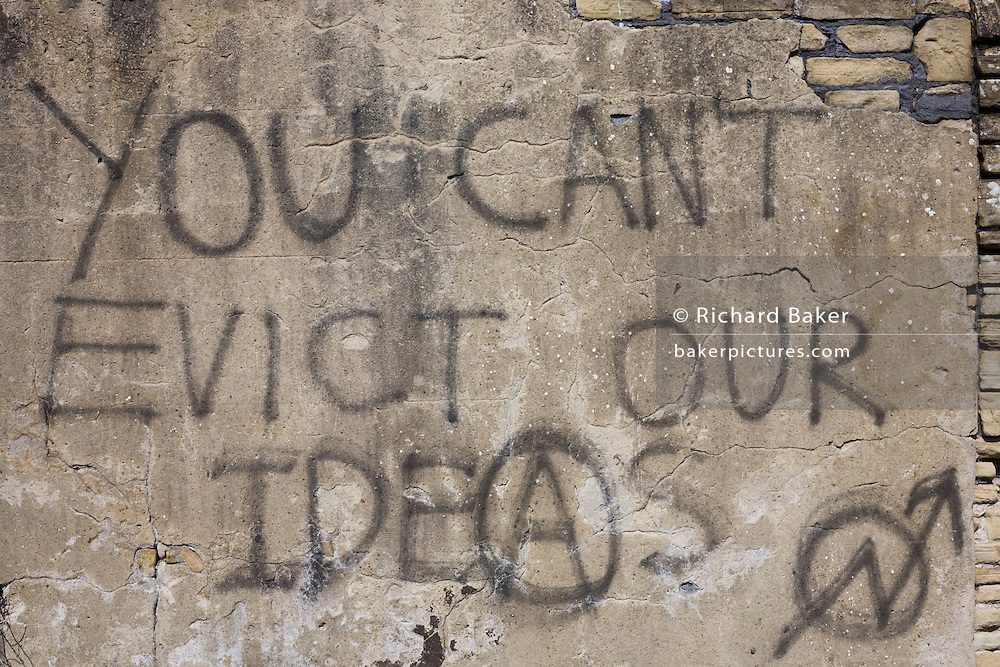