An aerial view of a beach volleyball game, played by young, fit people on the sand at a seaside, on 12th July 2016, at Cascais, near Lisbon, Portugal. A young woman leaps prematurely to block an oncoming serve by her opposition team. Cascais is a coastal town and a municipality in Portugal, 30 kilometres (19 miles) west of Lisbon. The former fishing village gained fame as a resort for Portugal's royal family in the late 19th century and early 20th century. Nowadays, it is a popular vacation spot for both Portuguese and foreign tourists and located on the Estoril Coast also known as the Portuguese Riviera. (Photo by Richard Baker / In Pictures via Getty Images) 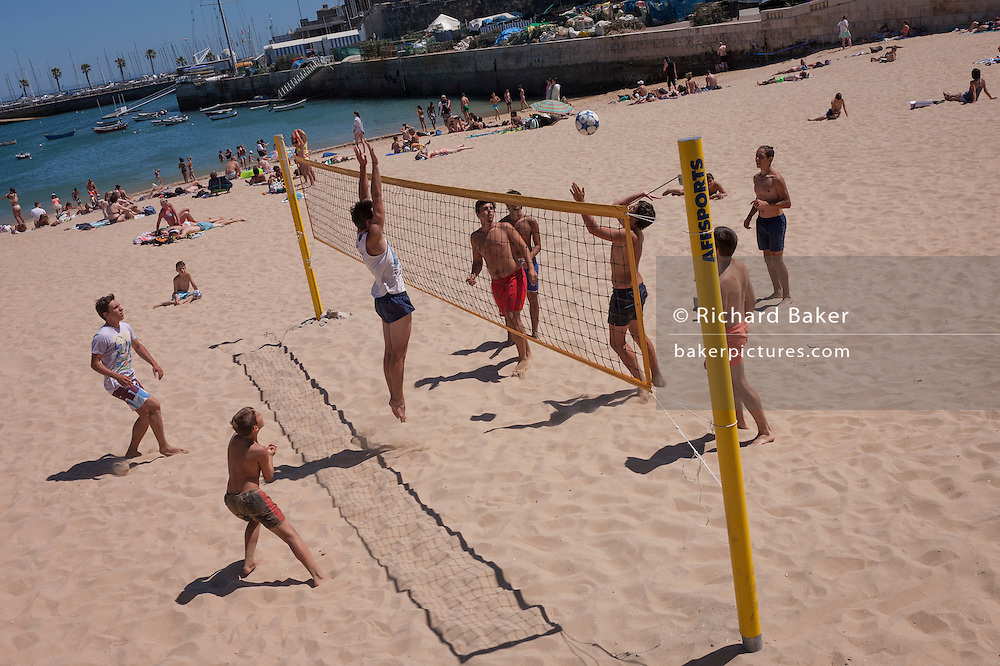