At the base of the Monument which commemorates the Great Fire of London, a businessman reads his copy of his newspaper. Above him is a giant mural, whose huge figures depict the panic and evacuation during the disaster that struck London between 2nd of September and Wednesday, 5th September 1666. The modern man in company uniform is wearing the same brown colours as that of King Charles II and his courtier who are also reacting to the news of the city's burning timber buildings. 13,200 houses, 87 parish churches, St. Paul's Cathedral, and most of the buildings of the City authorities were lost in the high fanned winds. It is estimated that it destroyed the homes of 70,000 of the City's 80,000 inhabitants. 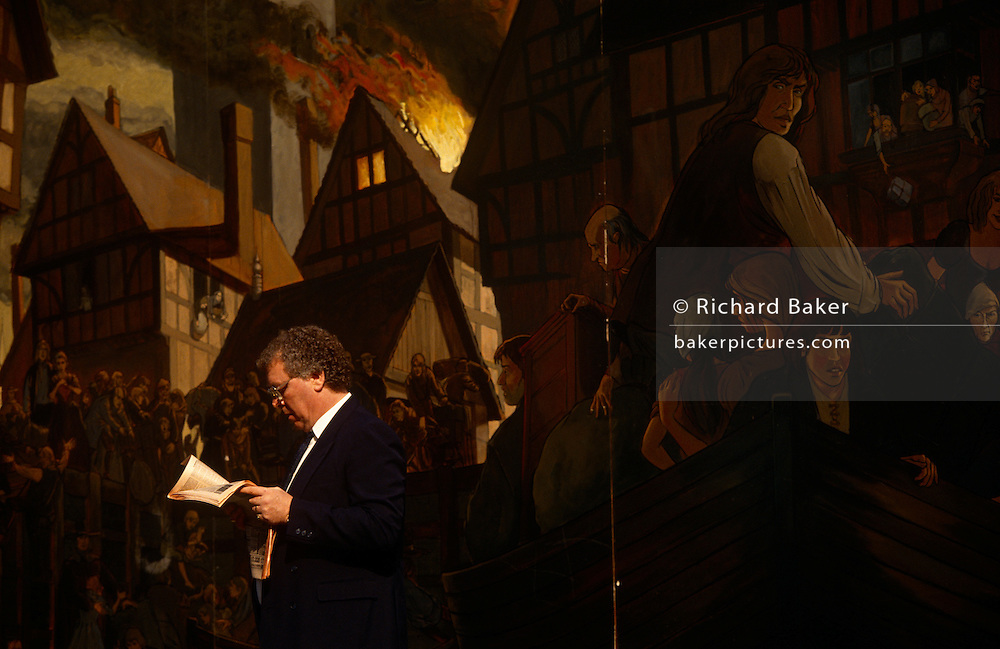