Virgin boss, Sir Richard Branson and Virgin Galactic directors Will Whitehorn and Stephen Attenborough, talk to the media during the unveiling of their SpaceShipTwo concept model's unveiling at the New York Wired NextFest at the Jacob K. Javits Convention Center. Now under construction by Burt Rutan in Mojave, California and looking more like a Stanley Kubrick movie set from '2001 A Space Odyssey,' than the future for everyday holidays, SpaceShipTwo is a re-usable orbiting vehicle that will become an important tool for Man's leisure time in space when affordable commercial space tourism starts in around 2009. .Aboard the re-usable space vehicle will be 6 passengers, each of whom will have paid $200,000 for the 40 minute flight to 360,000 feet (109.73km, or 68.18 miles) and to experience just 6 minutes of weighlessness..Launched in September 2004 by Sir Richard Branson, Virgin Galactic will invest up to $250 million to develop the world's first commercial space tourism business with the building, testing and flying of five space shipShipTwos and two mother ships. It is expected that within the first full year of commercial operations Virgin Galactic will enable 500 people to fulfil their dreams of becoming astronauts; in the last 4 decades the world has seen fewer than 500 astronauts. Flights start around 2009..28/09/2006 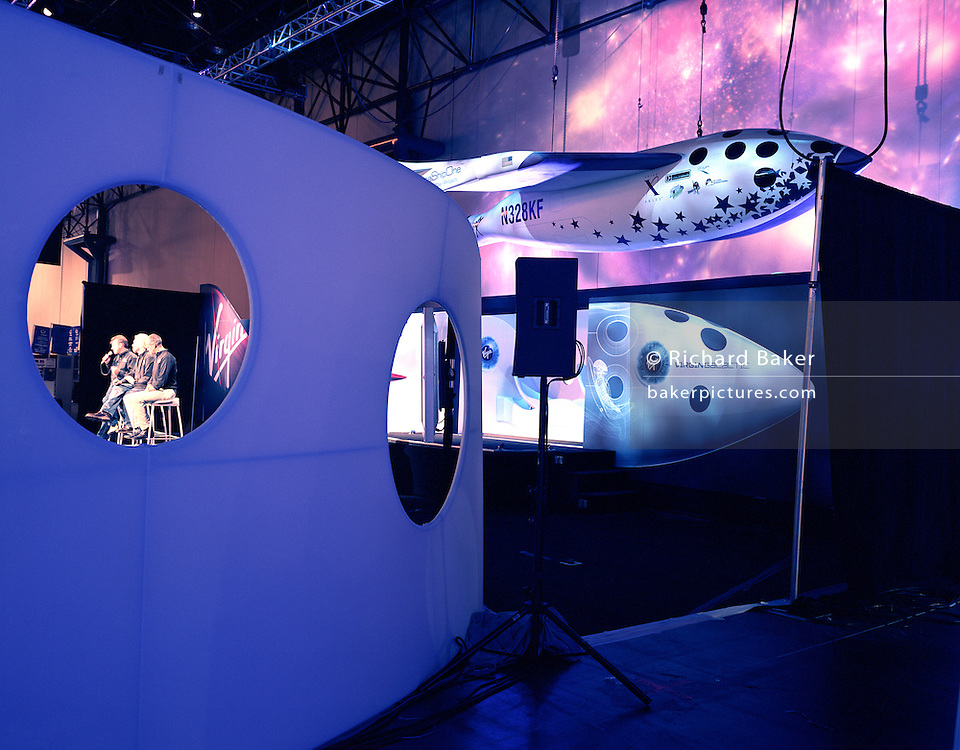