City worker passes-by on St George's Day as flags fly during the lunchtime of 23rd April, England's national day. Christian worship has probably been offered at the church of St. Botolph's without Bishopsgate since Roman times. The original Saxon church, the foundations of which were discovered when the present church was erected, is first mentioned as 'Sancti Botolfi Extra Bishopesgate' in 1212.St. Botolph without Bishopsgate may have survived the Great Fire of London unscathed, and only lost one window in the Second World War, but on 24 April 1993 was one of the many buildings to be damaged by an IRA bomb. The memorial cross (1916) at the garden’s entrance is believed to be the first memorial of the Great War to be set up in England. 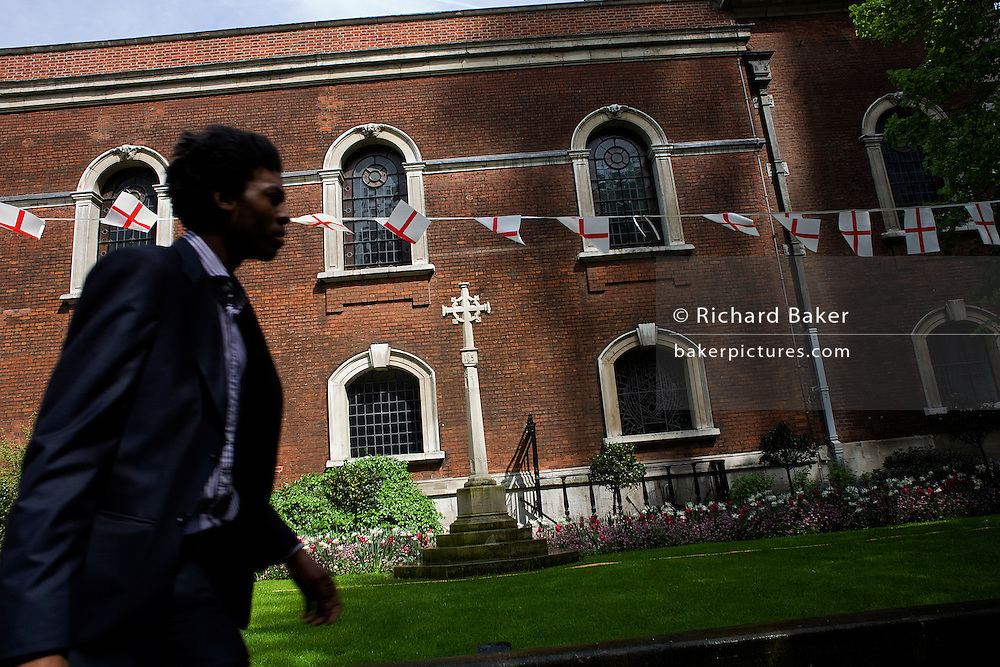