Visitors to the (Roman Emperor) Nero exhibition, "The Man Behnd The Myth", read descriptions and learn about the Julio-Claudian dynasty of ancient Rome at the British Museum, on 26th September 2021, in London, England. "Nero is known as one of Rome's most infamous rulers, notorious for his cruelty, debauchery and madness. The last male descendant of the emperor Augustus, Nero succeeded to the throne in AD 54 aged just 16 and died a violent death at 30. His turbulent rule saw momentous events including the Great Fire of Rome, Boudicca's rebellion in Britain, the execution of his own mother and first wife, grand projects and extravagant excesses. Drawing on the latest research, this major exhibition questions the traditional narrative of the ruthless tyrant and eccentric performer, revealing a different Nero, a populist leader at a time of great change in Roman society." 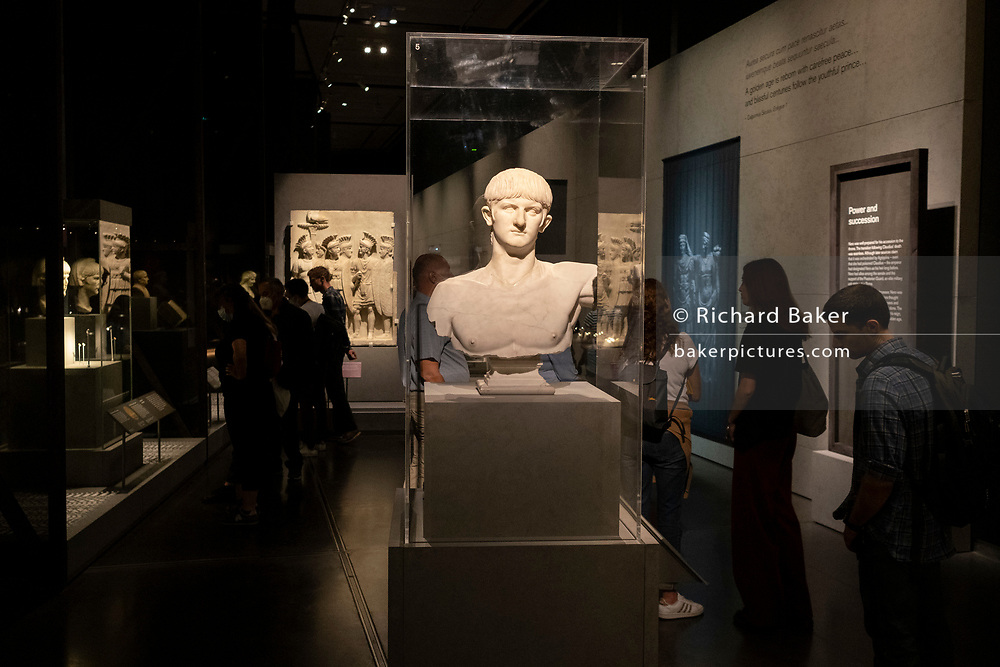