Volunteer Guardian Angels patrol the London underground in central London, an experiment in anti-crime in late-80s London. Patrolling the capital's transport system, an Angel stands over two elderly ladies in a dark-lit carriage. The Angels are under the supervision of the organisation's creator Curtis Sliwa, who started the band of youths to help make New York a safer place, - and in London's case in an era before CCTV made travel less secure. The Guardian Angels is a non-profit international volunteer organization of unarmed citizen crime patrollers. The Guardian Angels organization was founded February 13, 1979 in New York City by Curtis Sliwa and has chapters in 15 countries and 144 cities around the world. Sliwa originally created the organization to combat widespread violence and crime on the New York City Subways. 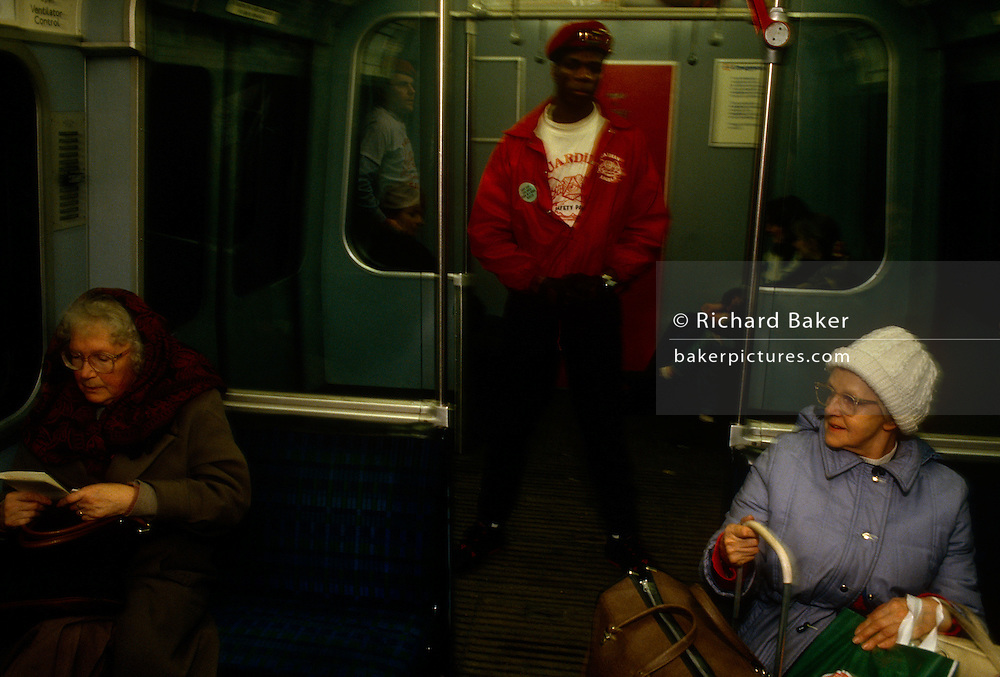