A half-eaten bar of chocolate has been left on an armchair supplied by the Ministry of Defence (MoD) is seen in a crew room at RAF Akrotiri in Cyprus. Much of the facilities at RAF and MoD outposts are basic and spartan leaving small luxuries to be imported by visiting air and ground crew. In this case, the 'Red Arrows', Britain's prestigious Royal Air Force aerobatic team, are occupying this building while on their detachment to the British Mediterranean base while putting the finishing touches to their air display routines ready for PDA (or 'Public Display Authority'). After passing this test, they are then allowed by senior RAF officers to perform as a military aerobatic show in front of the public - following a special test flight when their every move and mistake is assessed and graded. Until that day arrives, their training and practicing is done in the privacy of their own airfield at RAF Scampton in Lincolnshire, UK or here in the glare of Akrotiri. The pilots are called Reds and their ground crew, the Blues after their summer air show uniforms. Since 1965 the team has flown over 4,000 air shows in 52 countries. 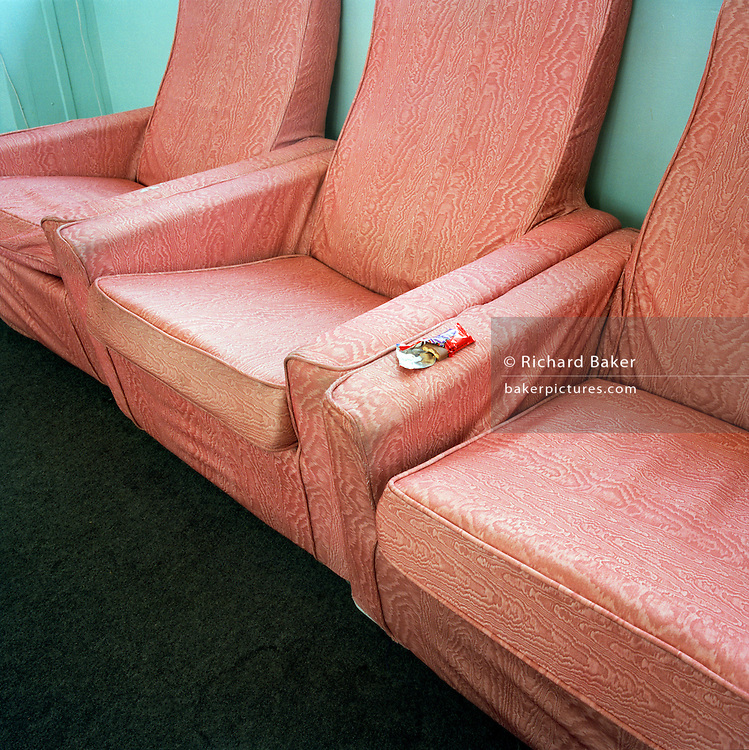