Using a specially-designed trolley, we look down from above on two US Navy crew members transporting smart weapon armaments across the deck of the aircraft carrier US Navy USS Harry S Truman during its deployment patrol of the no-flyzone in the Persian Gulf, near the Kuwaiti coast. The Truman is the largest and newest of the US Navy's fleet of new generation carriers, a 97,000 ton floating city with a crew of 5,137, 650 are women. The Iraqi no-fly zones (NFZs) were proclaimed by the United States, United Kingdom and France after the Gulf War of 1991 to protect humanitarian operations in northern Iraq and Shiite Muslims in the south. Iraqi aircraft were forbidden from flying inside the zones. The policy was enforced by US, UK and French aircraft patrols until France withdrew in 1998. . 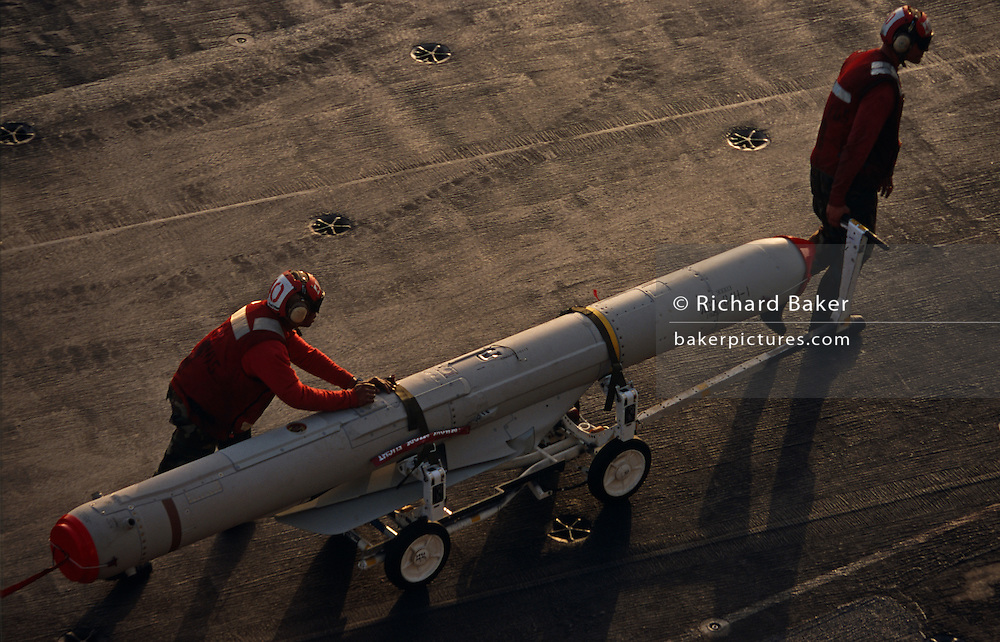