Visitors to the ancient site of Stonehenge celebrate the Summer Solstice on the morning of June 21st - the longest day - by dancing in circles while holding hands. The Stonehenge site is a place of pilgrimage for neo-druids and those following pagan or neo-pagan beliefs. The midsummer sunrise began attracting modern visitors in 1870s. Today the stones are owned by English Heritage, the guardians of ancient and historical structures. Most years, substantial police and barriers prevent on-lookers from approaching the stones but on this occasion, revellers were allowed to party long after the early 4.15am sunrise. Stonehenge is a Neolithic and Bronze Age megalithic monument located near Amesbury in the English county of Wiltshire. Composed of earthworks surrounding a circular setting of large standing stones it is one of the most famous prehistoric sites in the world. Archaeologists think that the standing stones were erected between 2500 BC and 2000 BC and served as an outdoor observatory from where to watch the constellations. The site and its surroundings were added to the UNESCO's list of World Heritage Sites in 1986. 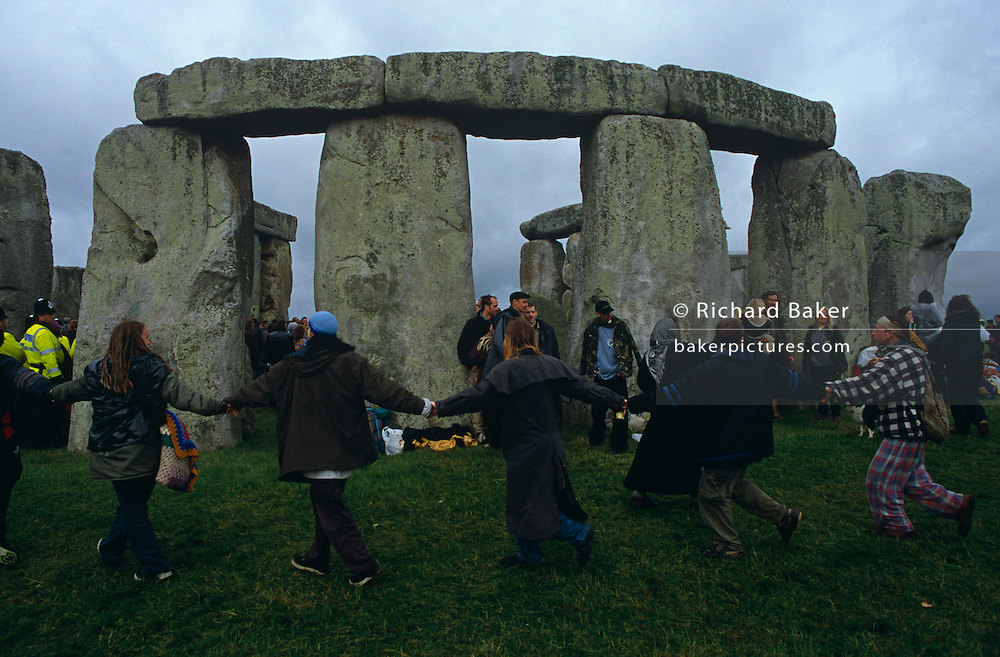