High up on the buttresses of Westminster Abbey in central London during the mid-90s, new white Portland and Caen stone replaces the blackened materials of old - discoloured after a hundred years of pollution from the capital's industrial revolution and traffic fumes. Portland stone is a limestone from the Tithonian stage of the Jurassic period quarried on the Isle of Portland, Dorset. Westminster Abbey, is a large, mainly Gothic church, in the City of Westminster, London, United Kingdom, located just to the west of the Palace of Westminster. It is the traditional place of coronation and burial site for English, later British and later still (and currently) monarchs of the Commonwealth realms. The abbey is a Royal Peculiar and briefly held the status of a cathedral from 1540 to 1550. 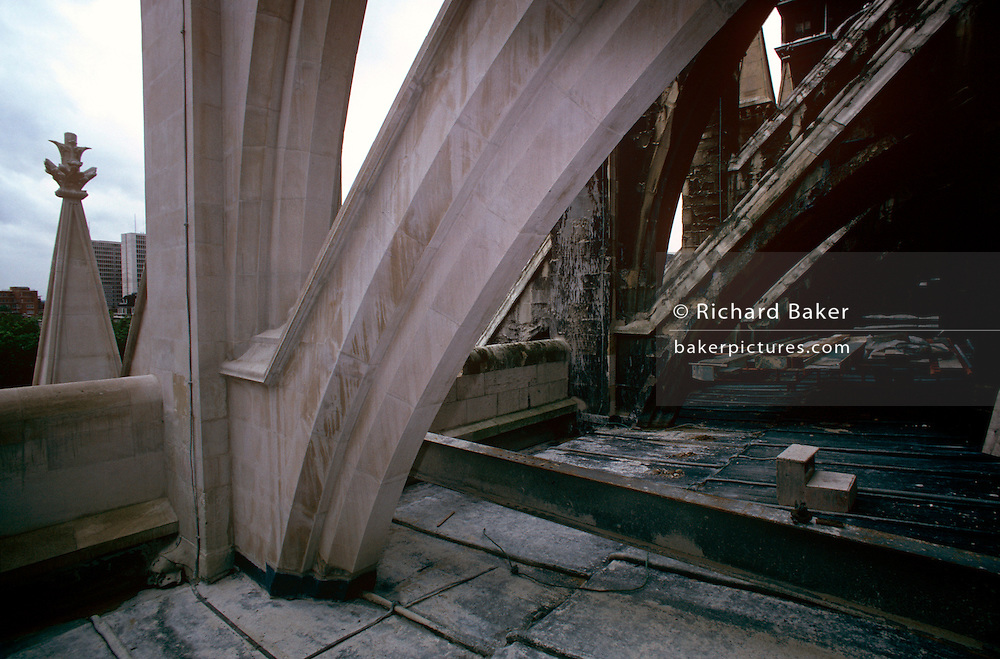