Deep below-decks, we peer through a striped window of the highly-classified Conflict Direction Center or War Room on the aircraft carrier US Navy USS Harry S Truman during its deployment patrol of the no-flyzone in the Persian Gulf, near the Kuwaiti coast. This top secret office is used for planning and executing sophisticated tactical electronic warfare that fighter jets and surveillance aircraft engage in from air operations mounted from the carrier. The Truman is the largest and newest of the US Navy's fleet of new generation carriers, a 97,000 ton floating city with a crew of 5,137, 650 are women. The Iraqi no-fly zones (NFZs) were proclaimed by the United States, United Kingdom and France after the Gulf War of 1991 to protect humanitarian operations in northern Iraq and Shiite Muslims in the south. Iraqi aircraft were forbidden from flying inside the zones. The policy was enforced by US, UK and French aircraft patrols until France withdrew in 1998. . 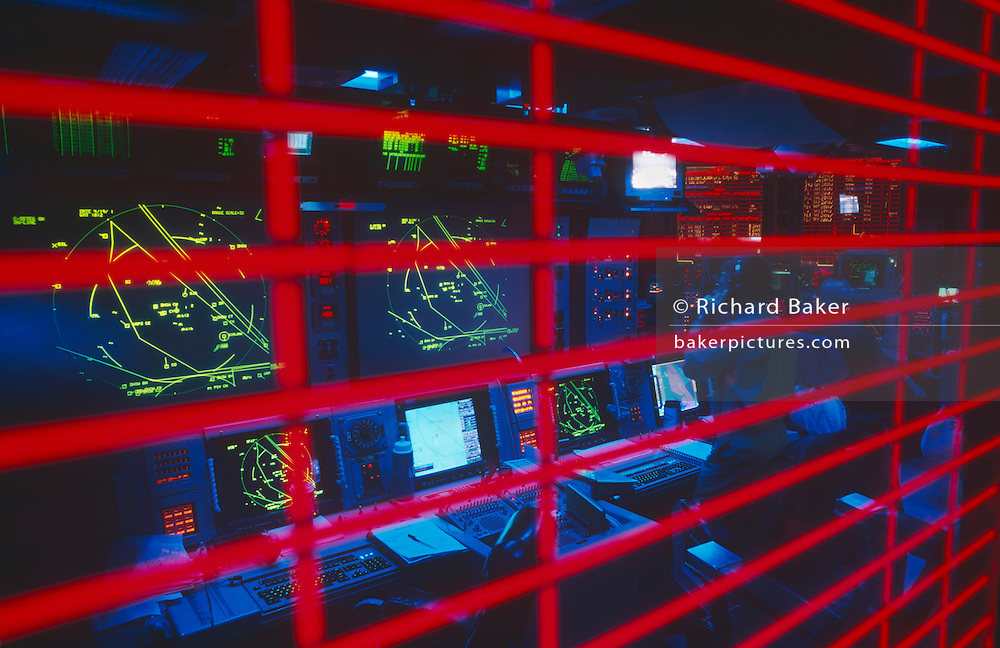