US Navy personnel line-up for a below-deck briefing on the aircraft carrier USS Harry S Truman, a Nimitz-class supercarrier of the United States Navy, on 8th May 2000, in the Persian Gulf.
Launched on 7 September 1996 and costing US$4.5 billion, the Truman (CVN-75) is named after the 33rd President of the United States, Harry S. Truman. The Truman is the largest of the US Navy's fleet of new generation carriers, a 97,000 ton floating city with a crew of 5,137, 650 are women. 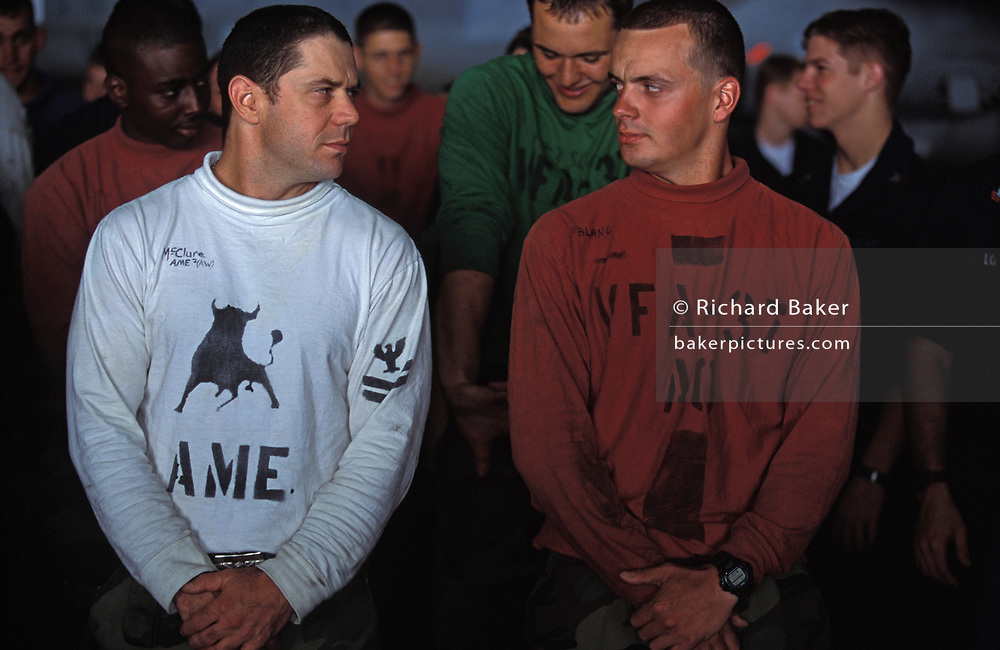