An ostrich chick stands alone in a private pen, beneath a heat lamp at the ostrich farm belonging to Robert and Nina Bailey near Chepstow, Wales. The reddish glow from the heat source concentrates life-giving energy into the young bird, helping it survive the first three months after hatching. Rearing these birds is a specialist and very expensive business but Ostrich meat is a South African delicacy, used for Biltong. Nutritionists promote it as a more healthy alternative because it is higher in protein and lower in fat and cholesterol. An ostrich lays an egg every other day, of which 40 to 80% are fertile. In the wild there is a 95% failure rate but using an incubator like this almost guarantees total success. Its latin name, 'Struthio camelus', is the largest of living birds with some males reaching a height of 8 ft (244 cm) and weighing 200 to 300 lb (90-135 kg). In the wild, the polygamous male has from two to six females in his flock. The cock scoops out a hollow for the eggs, which weigh nearly 3 lb (1.35 kg) each. One of the females incubates the eggs during the day, and the cock takes over at night. On the savannah they can run at 40mph (64 kph) for 10 hours though their top speed can reach 80mph. During the 19th-century vogue for ostrich plumes, farms were established in South Africa and later in North America, Australia, and Europe; after World War I fashions changed and the industry collapsed. 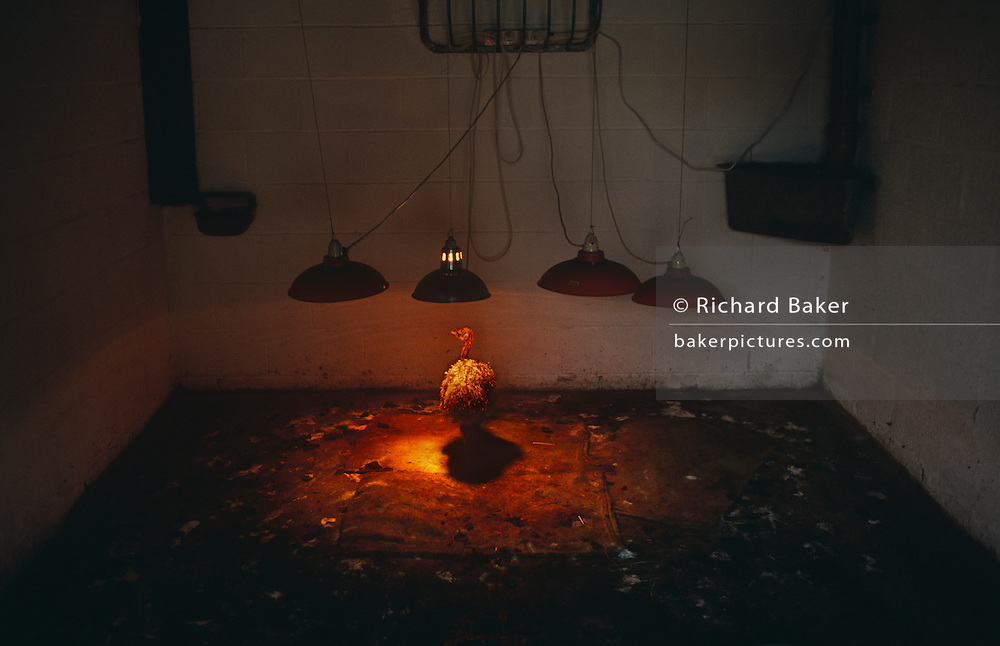