An EU flag is waved in front of the British parliament as the British government debated US President Donald Trump's state visit to the UK, thousands of protesters gathered in large numbers against the trip which would potentially cost millions of Pounds in security alone, on 20th February 2017, in Parliament Square, London, UK. The visit comes after two online petitions received more than the 100,000 signatures required for such a debate to be considered in Parliament. A petition against the state visit got 1.85m signatures, while one supporting it got 311,000. Campaigners protested against the "hatred, racism and division that Donald Trump is trying to create". Prime Minister Theresa May announced the state visit during her visit to Washington in January. 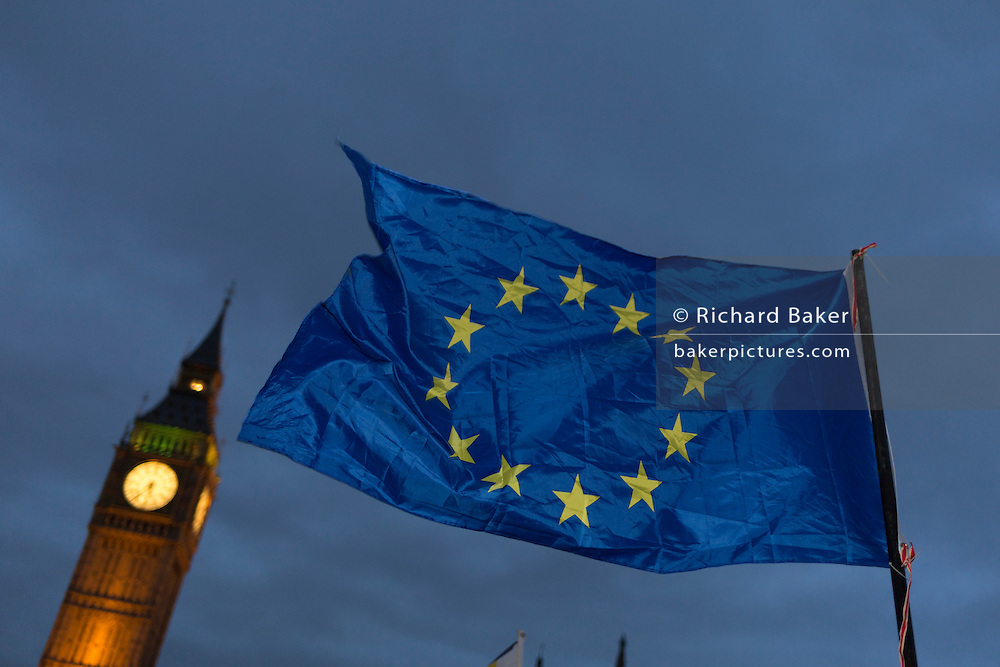