In memory of fallen WW2 Polish Air Force crews, are the front gates of Polish War Memorial, on 6th November 2019, in South Ruislip, Northolt, London, England. The Polish War Memorial is in memory of airmen from Poland who served in the Royal Air Force as part of the Polish contribution to World War II. The memorial was designed by Mieczyslaw Lubelski, who had been interned in a forced labour camp during the war. It is constructed from Portland stone with bronze lettering and a bronze eagle, the symbol of the Polish Air Force. The original intention was to record the names of all those Polish airmen who lost their lives while serving during WW2 (a total of 2,408) but there was not enough space for this and, as a compromise, the names of the 1,241 who died in operational sorties are there instead. 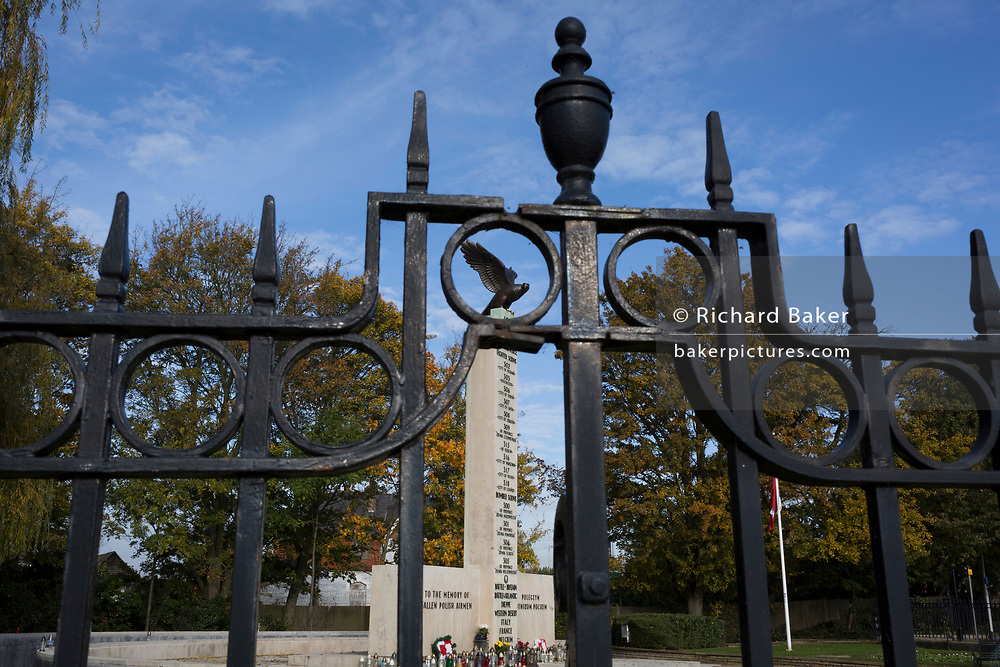