A woman police officer (WPC) stands with white paint plashed over her uniform during a public protest over the Poll Tax policies of Margaret Thatcher's government in 1990. It is dark and the trouble has been growing throughout the evening when the paint was thrown by unknown protesters. Angry crowds, demonstrating against Thatcher's local authority tax, eventually stormed the Whitehall area and then London's West End, setting fire to a construction site and cars, looting stores up Charing Cross Road and St Martin's Lane. The anti-poll tax rally in central London erupted into the worst riots seen in the city for a century. Forty-five police officers were among the 113 people injured as well as 20 police horses. 340 people were arrested. 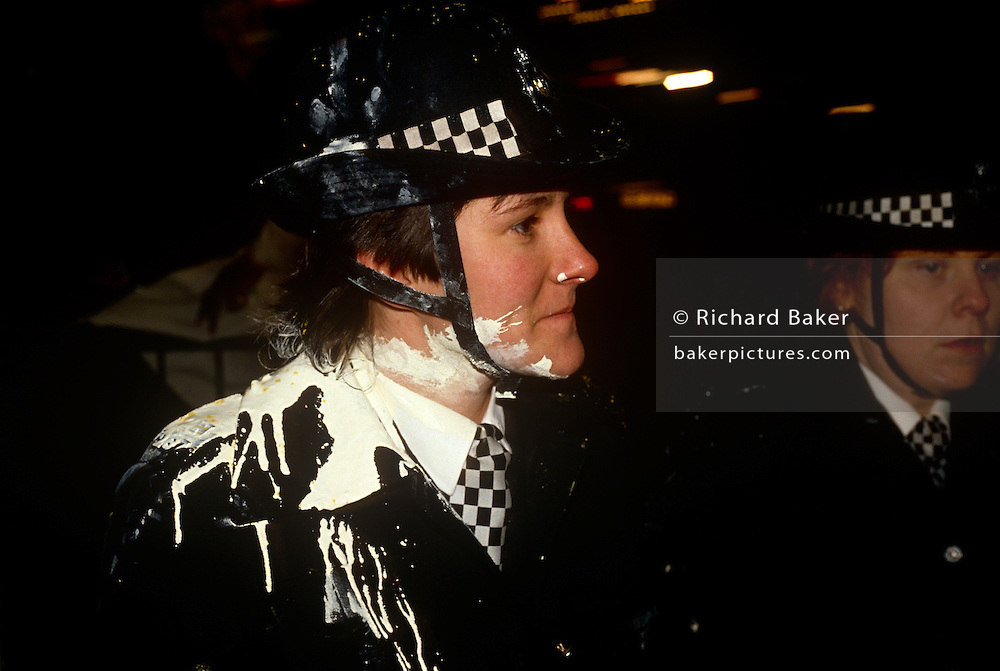