Residents and campaigners against the closure by Lambeth council of Carnegie Library protest outside the borough’s planning committee meeting, on 7th February 2017, at Bolney Meadow Community Centre, south London, England. Leisure contractor GLL were given the go-ahead to run the 100 year-old, listed building in Herne Hill as a pay-to-go gym in the excavated basement, a facility that few locals want, preferring a fully-stocked library with books and librarians. £12,600 was donated by the American philanthropist Andrew Carnegie to help build the library that opened in 1906. It is a fine example of Edwardian civic architecture, built with red Flettan bricks and terracotta, listed as Grade II in 1981. Shut by Lambeth council and occupied by protesters for 10 days in April, the library has been locked ever since because, say Lambeth austerity cuts are necessary. 24hr security on the building has been more expensive to keep closed than open. 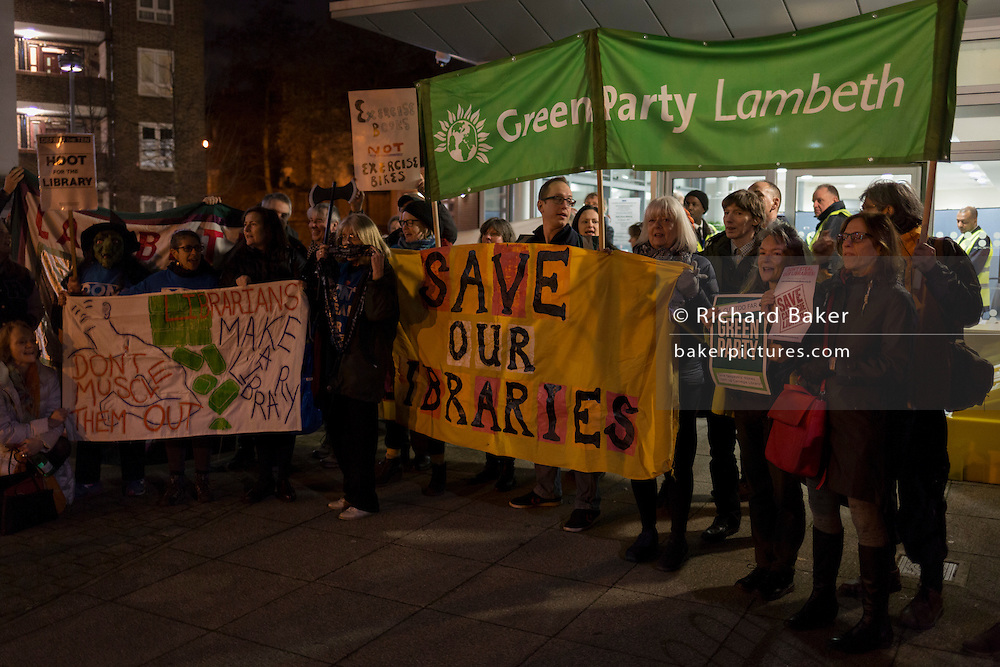