With a backdrop of mountains associated with the slate mining industry, smoke rises from the chimney of a property, on 2nd October 2021, in Blaenau Ffestiniog, Gwynedd, Wales. In 2021, the derelict slate mines around Blaenau Ffestiniog in north Wales were awarded UNESCO World Heritage status. Mined for roof tiles since Roman times, the industry’s heyday was the 1890s when the Welsh slate industry employed approximately 17,000 workers, producing almost 500,000 tonnes of slate a year, around a third of all roofing slate used in the world in the late 19th century. Welsh slate was used on buildings across the globe including Westminster Hall in London’s Houses of Parliament. In 1830, half the buildings in New York had roofs made of Welsh slate. However, only 10% of slate was ever of good enough quality and the surrounding mountains now have slate waste and the ruined remains of machinery, workshops and shelters have changed the landscape for square miles. 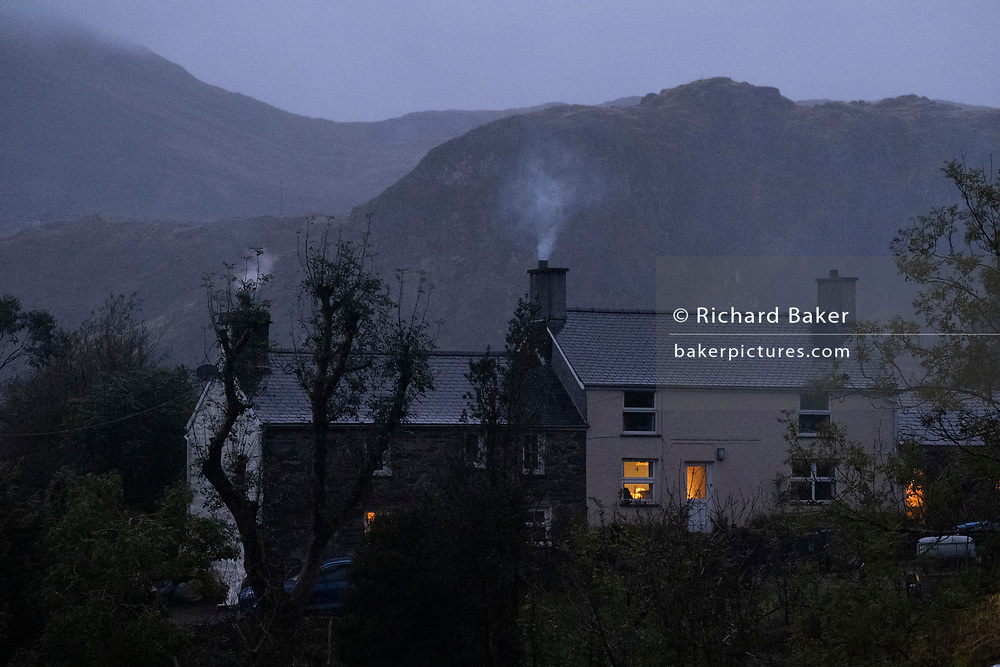