From a low angle looking upwards to the building exterior of the Hotel Negresco on the Promenade de Anglais, Nice. We see the colourful orange light bulbs and the overall green hue from sodium illumination and the blue of the evening sky. In the foreground is an example of the ubiquitous palm trees that line the Côte d'Azur. The Hotel Negresco on the Promenade des Anglais on the Baie des Anges in Nice, France was named for Henri Negresco (1868-1920) who had the palatial hotel constructed in 1912. Noted for its doormen dressed in the manner of the staff in 18th-century elite bourgeois households, complete with red-plumed postilion hats, the hotel also offers renowned gourmet dining at Le Chantecler. In 2003 the Hotel Negresco was listed by the government of France as a National Historic Building. Nice is a major tourist centre and a leading resort on the French Riviera. Located in the Provence-Alpes-Côte d'Azur région, it is a commune and the préfecture (administrative capital) of the Alpes-Maritimes département. 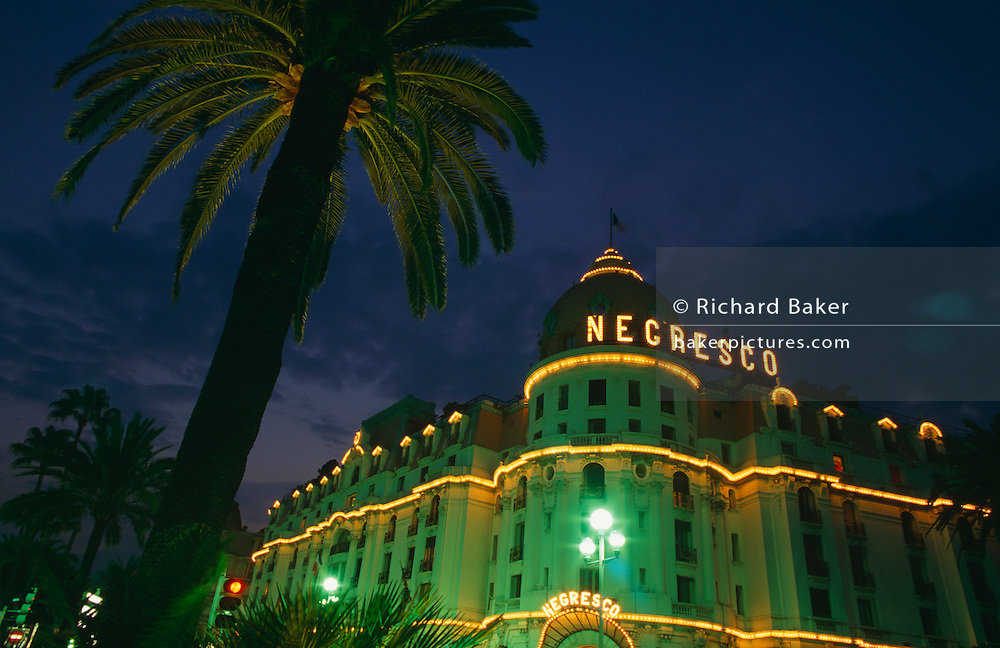