Actors in US and Soviet army uniforms hold flags to recount German history during the second world war and later, the cold war - beneath the Brandenburg Gate in Unter den Linden in central Berlin, Germany. The site is near the former border between Communist East and West Berlin during the Cold War. Here also, Berlin was separated by the occupying sectors of US, British, French and Soviet forces after WW2. The Berlin Wall was a barrier constructed by the German Democratic Republic (GDR, East Germany) starting on 13 August 1961, that completely cut off (by land) West Berlin from surrounding East Germany and from East Berlin. The Eastern Bloc claimed that the wall was erected to protect its population from fascist elements conspiring to prevent the "will of the people" in building a socialist state in East Germany. 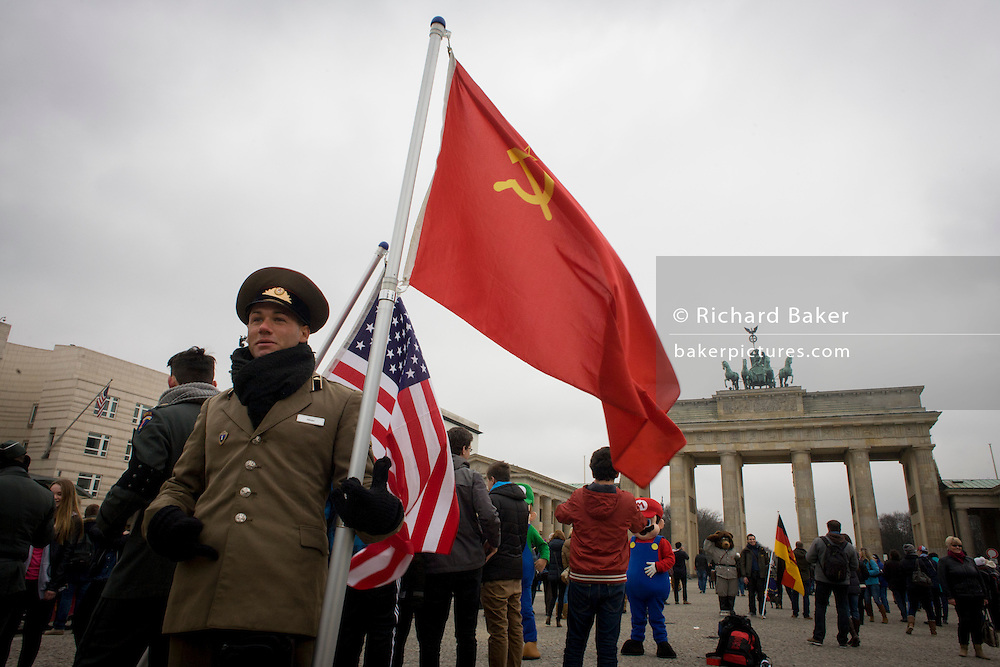