At the height of financial uncertainty, we see from a low pavement angle investors queueing outside the Maddox Street branch of the troubled Northern Rock Bank, off Regent Street, Mayfair, in September 2007. Their hard-earned savings appear to be in jeopardy after the bank announced an emergency loan from the Bank of England. Despite reassurances from officials who insisted that the Bank which has £113bn in assets, was not in danger of going bust, concerned men and women wait in line, some with their faces on view and reading newspapers or more commonly, wishing to remain anonymous and keeping their backs to reporters and cameras. The rush of customers demanding their investments almost spelled the demise of the bank with over £2bn removed from accounts in a few days. Northern Rock struggled since money markets seized up over the summer. . 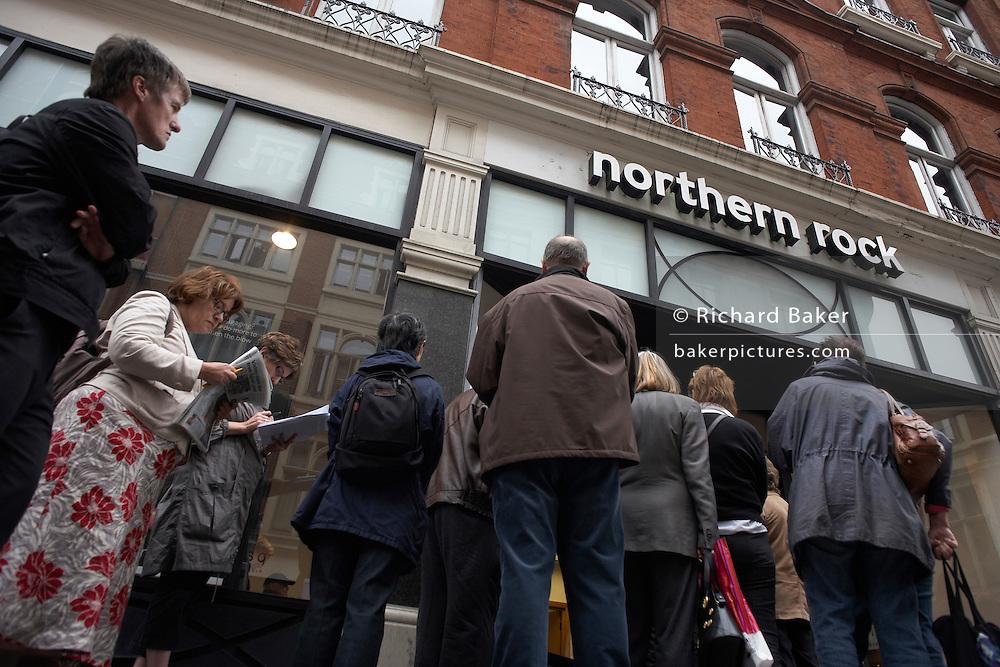