One of the paintings by Paul Rubens on the ceiling of Banqueting House, on 17th September 2017, in Whitehall, Westminster, London, England. The ceiling of the Banqueting House is a masterpiece and the only surviving in-situ ceiling painting by Flemish artist, Sir Peter Paul Rubens. It is also one of the most famous works from the golden age of painting. The canvases were painted by Rubens and installed in the hall in 1636. The three main canvasses depict The Union of the Crowns, The Apotheosis of James I and The Peaceful Reign of James I. Most likely commissioned by King Charles I in 1629-30, this ceiling was one of his last sights before he was executed on a scaffold outside on Whitehall in 1649. 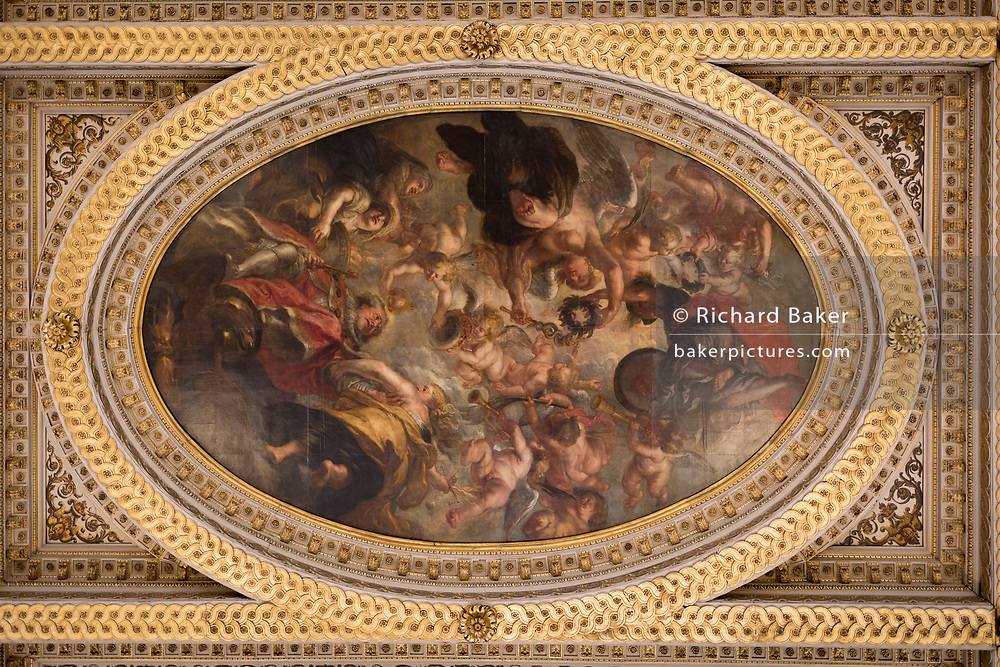