A portrait of Australian-born, Clive James as he is recognised and photographed by a Japanese tourist, on 20th January 1990 in Cambridge UK. Clive James AO CBE FRSL (1939-2019) was an Australian author, critic, broadcaster, poet, translator and memoirist, best known for his autobiographical series Unreliable Memoirs, for his chat shows and documentaries on British television and for his prolific journalism. He has lived and worked in the United Kingdom since 1962. 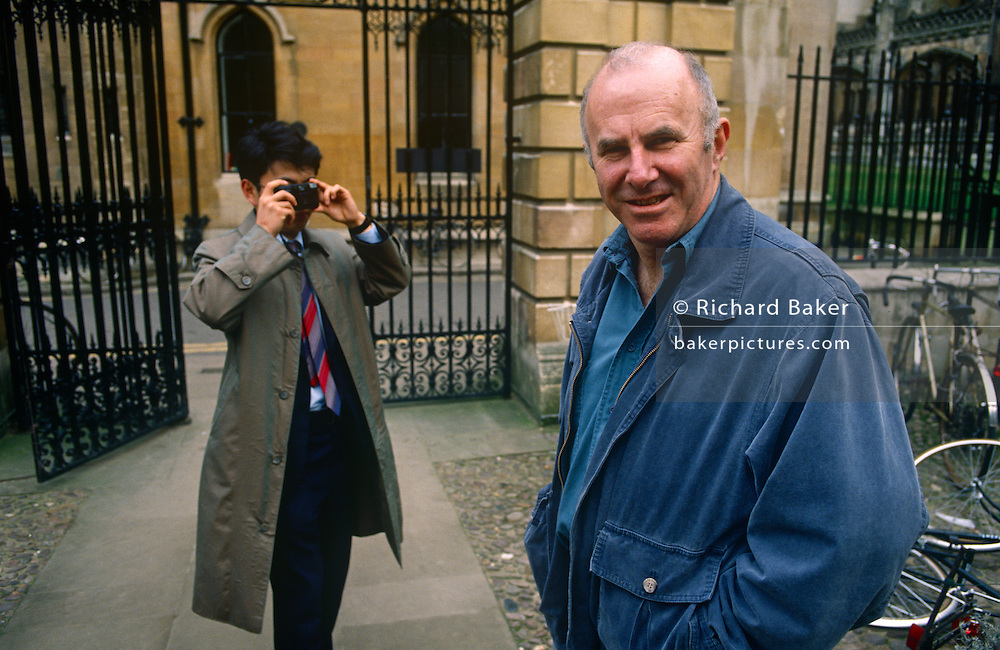