The light artwork called Run seen during the London 2012 Olympics. Artist Monica Bonvicini created one of the largest works of art for the Games -a staggered row of three shiny giant letters - 9m high, 5m wide, 1.2m deep spell out the word ?RUN? and reflect their surroundings like a mirror during the day, blend in with them and reflect the observer. This land was transformed to become a 2.5 Sq Km sporting complex, once industrial businesses and now the venue of eight venues including the main arena, Aquatics Centre and Velodrome plus the athletes' Olympic Village. After the Olympics, the park is to be known as Queen Elizabeth Olympic Park. 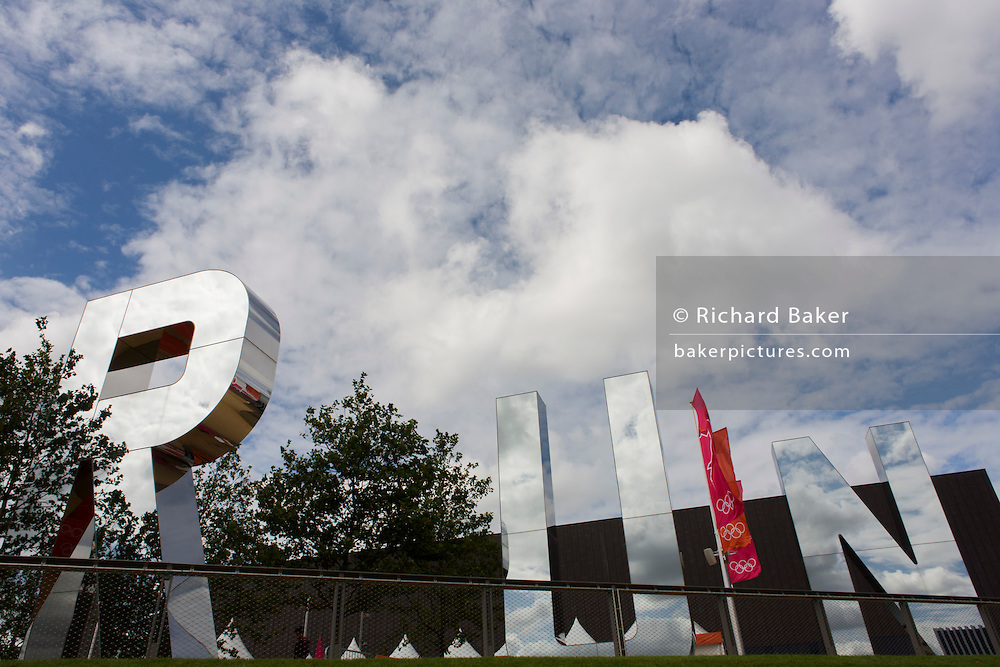