A portrait of British holiday camp pioneer, Sir Fred Pontin, in the summer of 1990 at his London home, England. Sir Frederick William Pontin (1906 - 2000) had a successful career in the city's Stock Exchange. During World War II, he was involved in helping to establish hostels for construction workers and based on this experience, he decided to move into the holiday camp business after the war. He formed a company to buy an old disused camp at Brean Sands near Burnham-on-Sea, Somerset in 1946. This was the start of the company known as Pontins and the popular Pontins Southport and Pontins Prestatyn resort. His catchphrase was "book early." 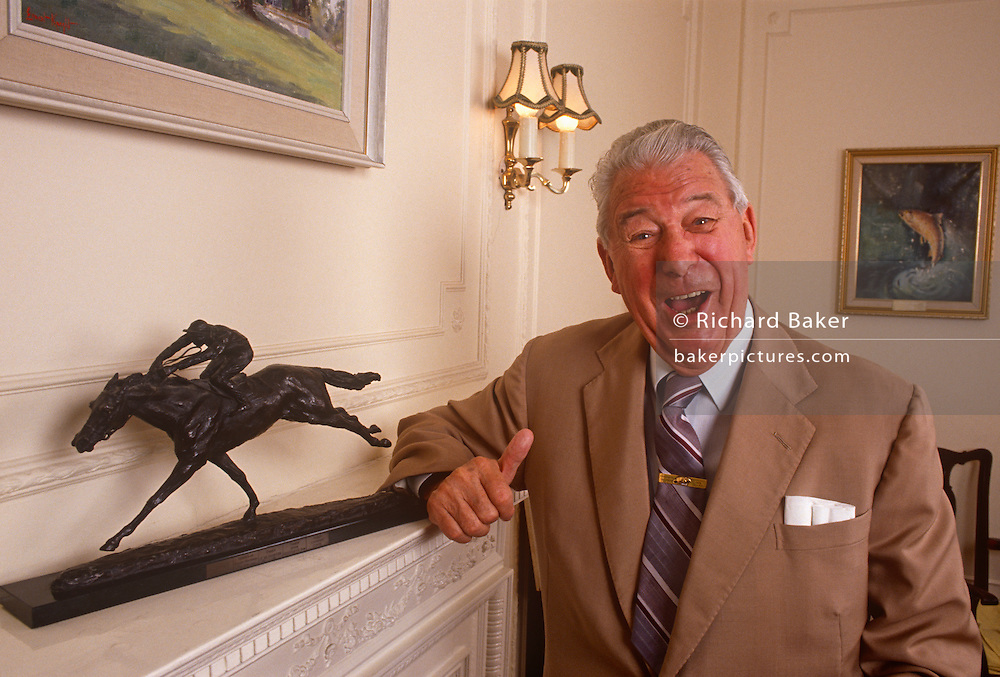