A stone carving of the German-born news tycoon, Paul Julius Reuter, seen at lunchtime in the City of London, the capital's financial district. Paul Julius Freiherr von Reuter (Baron de Reuter) (21 July 1816 – 25 February 1899), a German entrepreneur, pioneer of telegraphy and news reporting was a journalist and media owner, and the founder of the Reuters news agency. Reuter founded Reuters, one of the major financial news agencies of the world. On 17 March 1857, Reuter was naturalised as a British subject, and on 7 September 1871, the German Duke of Saxe-Coburg-Gotha conferred a barony (Freiherr) on Julius Reuter. The title was later "confirmed by Queen Victoria as conferring the privileges of the nobility in England" 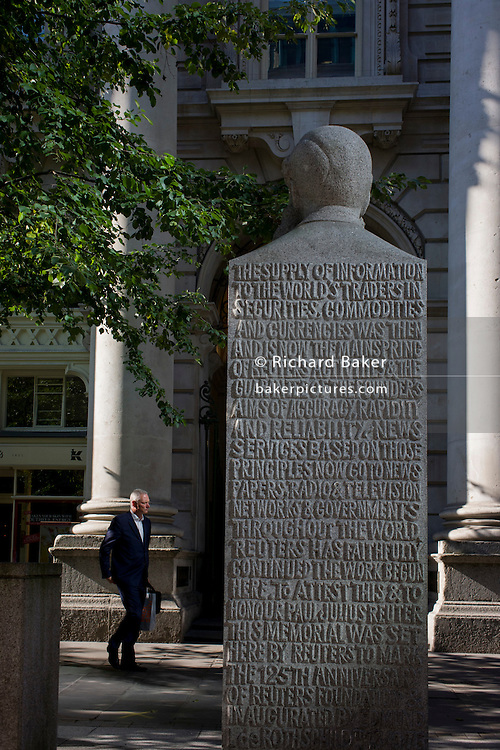