British Prime Minster John Major addresses his Conservative Party conference in Brighton. Behind him is large image of a Union Jack flag that seemingly flutters patriotically in the background, as if giving him the appearance of a man of the people. Major was PM from 1990-97 after Margaret Thatcher loss of popularity and subsequent removal from office. Here, Major delivers a speech in front of the flag at the annual get-together of party faithful in 1994. 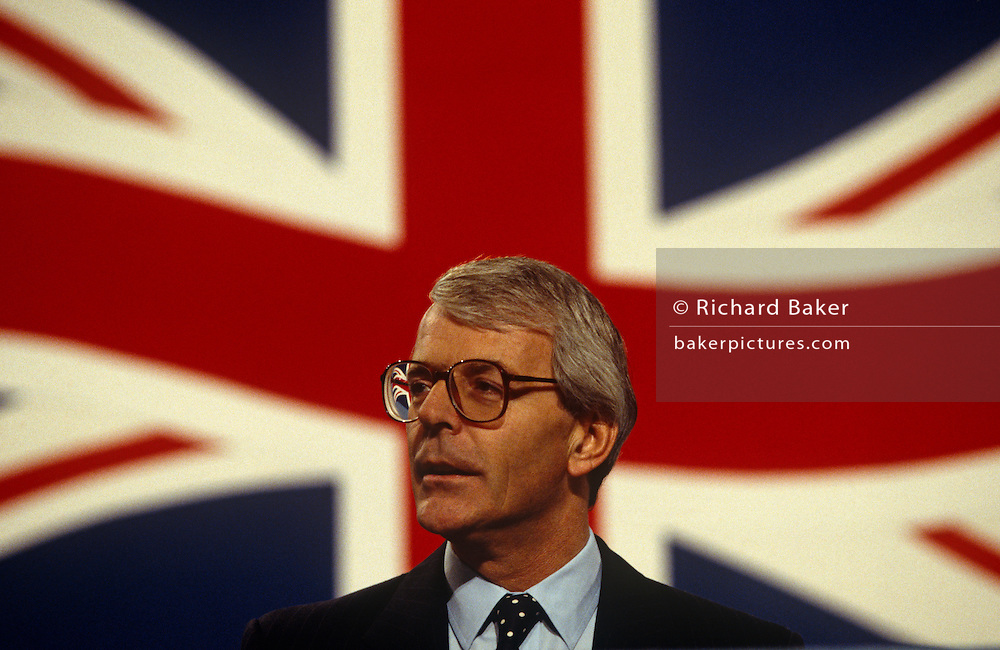