A Columbian news team of reporter and camera technician stand beneath the statue of the Victorian Lord Palmerston for a piece to camera after another day of competition at the London 2012 Olympics. .Viscount Palmerston was a title in the Peerage of Ireland created on 12 March 1723, along with the subsidiary title Baron Temple of Mount Temple (County Sligo). Upon the death of the third Viscount (who served as Prime Minister of the United Kingdom), the title became extinct. 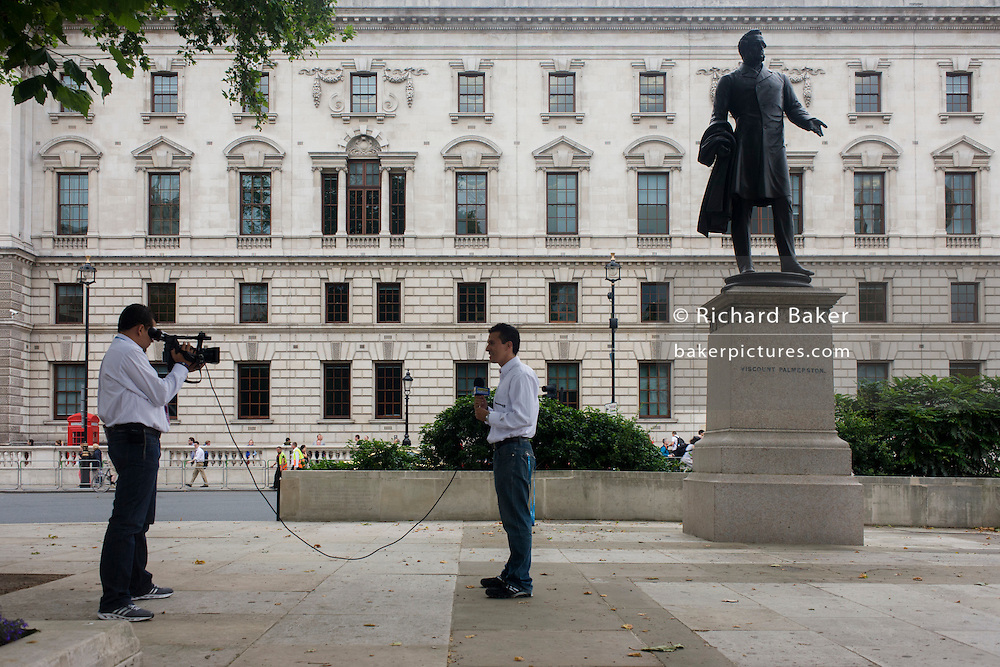