Angry residents from Kent march over the river Thames and past Parliament to protest over the planned high-speed (TGV-style) rail link from London to the south-east coast, on 5th August 1989, in London, England. Locals from the Darenth Valley in rural Kent, against the forthcoming Channel Tunnel rail link organised their own campaign to reverse decisions by British Rail to cut a new rail link through their community. British Rail announced that 150mph TGV trains would travel through their rural Kent countryside, forcing residents to sell their homes within a 240 metre corridor to the rail line, at great loss while splitting up the community. (Photo by Richard Baker / In Pictures via Getty Images) 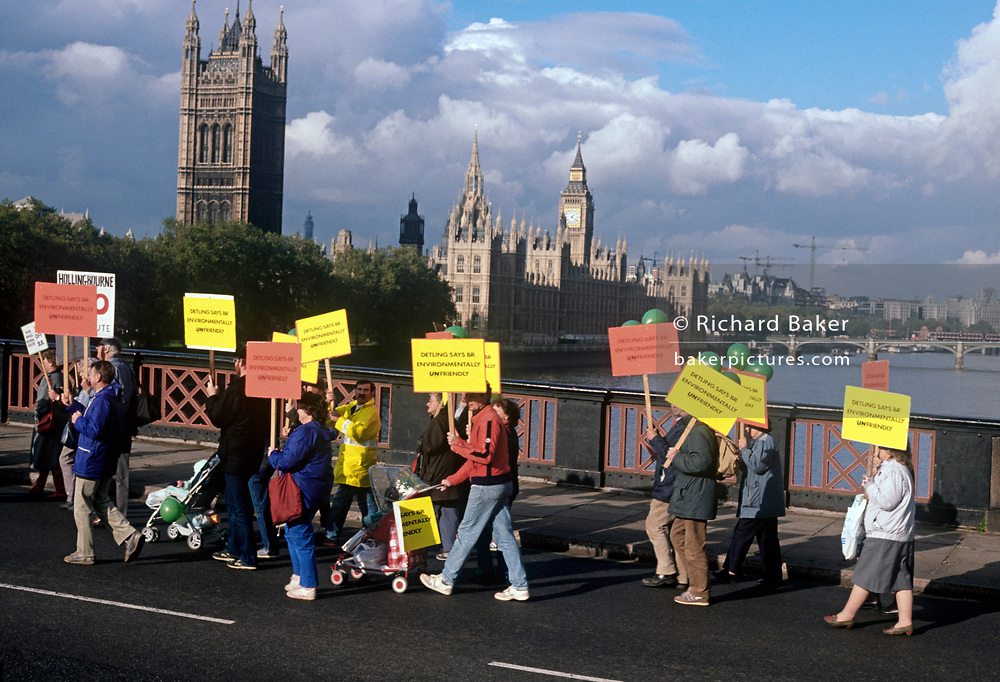