An elderly lady is helped up from a sitting position near the statue of US President George Washington in London's Trafalgar Square. It might be a relative who holds the frail woman by her left arm as she struggles to get upright, despite the use of a walking stick. On the brochure she is holding, is the text relating to the upcoming 2012 Olympics. The statue of George Washington is a replica of a work by Jean-Antoine Houdon, to the north east corner of the Square that commemorates the Battle of Trafalgar (1805), a British naval victory of the Napoleonic Wars over France. 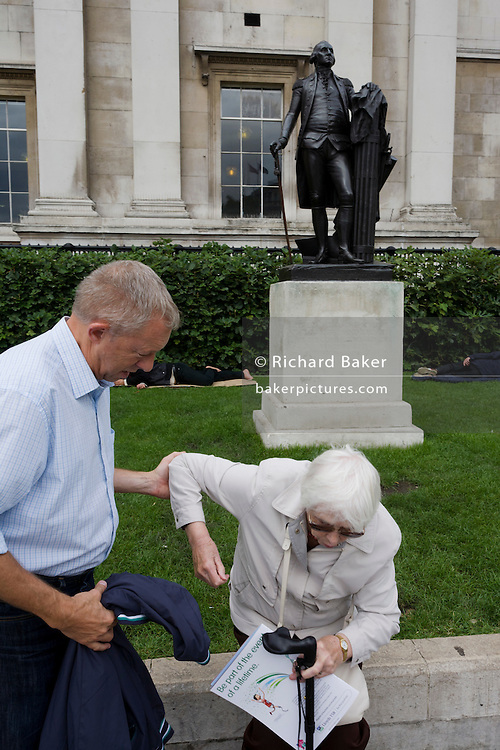