The view through a car's windscreen on the journey over the causeway between the tidal Lindisfarne island and the Northumbrian mainland, on 27th September 2017, on Lindisfarne Island, Northumberland, England. Despite tide timetables posted all over the area, drivers often mis-time their crossings, their vehicles ending up submerged in salt water. The small Lindisfarne population of just over 160 is swelled by the influx of over 650,000 visitors from all over the world every year. A tidal Island: Lindisfarne is a tidal island in that access is by a paved causeway which is covered by the North Sea twice in every 24 hour period. The Holy Island of Lindisfarne, also known simply as Holy Island, is an island off the northeast coast of England. Holy Island has a recorded history from the 6th century AD; it was an important centre of Celtic and Anglo-saxon Christianity. After the Viking invasions and the Norman conquest of England, a priory was reestablished. 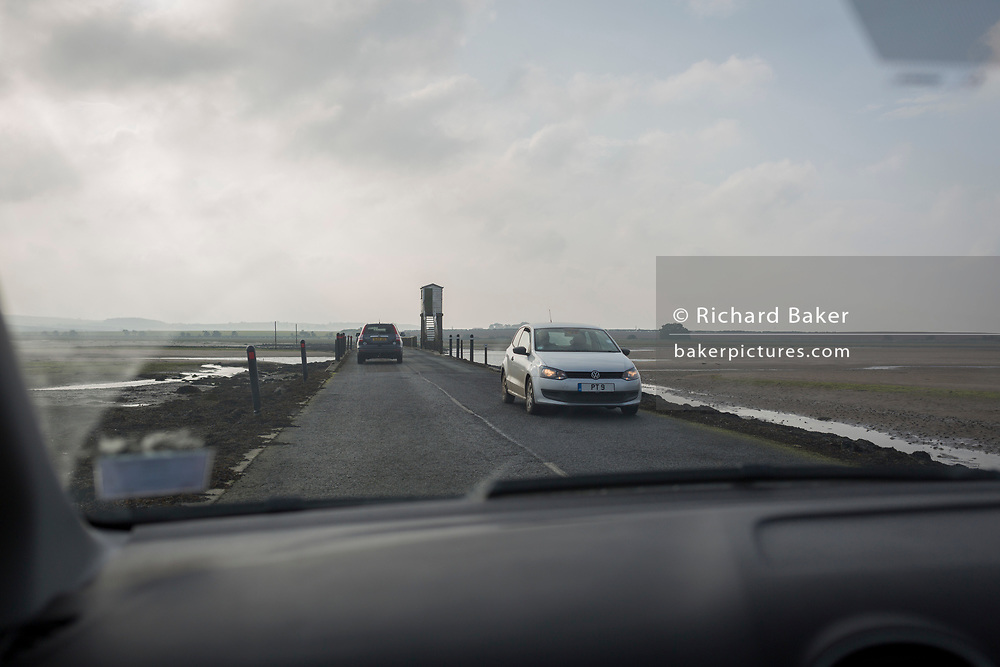