Two workmen stand near the Atlantes figure by the sculptor H.A. Pegram (1896) at the entrance of Drapers' Hall livery company in Throgmorton Street, a gatekeeper stoops to pick up dropped keys outside Drapers Hall in Throgmorton Street, in the City of London, the capital's financial district aka the Square Mile, on 30th July 2020, in London, England. The Drapers’ Company is a Livery Company in the City of London whose roots go back to the 13th century, when as its name indicates, it was involved in the drapery trade. While it is no longer involved in the trade, the Company has evolved acquiring a new relevance. Its main role today is to be the trustee of the charitable trusts that have been left in its care over the centuries. The Company also manages a thriving hospitality business. The first Drapers’ Hall was built in the 15th century in St Swithin’s Lane. It bought a Hall on the present site in Throgmorton Street in 1543 from King Henry VIII for £1,200 (about £350,000 in today’s money). The Hall that the Company purchased from King Henry VIII in 1543 had been the private residence of Thomas Cromwell, Earl of Essex until his execution in 1540, when it was confiscated by the Crown. 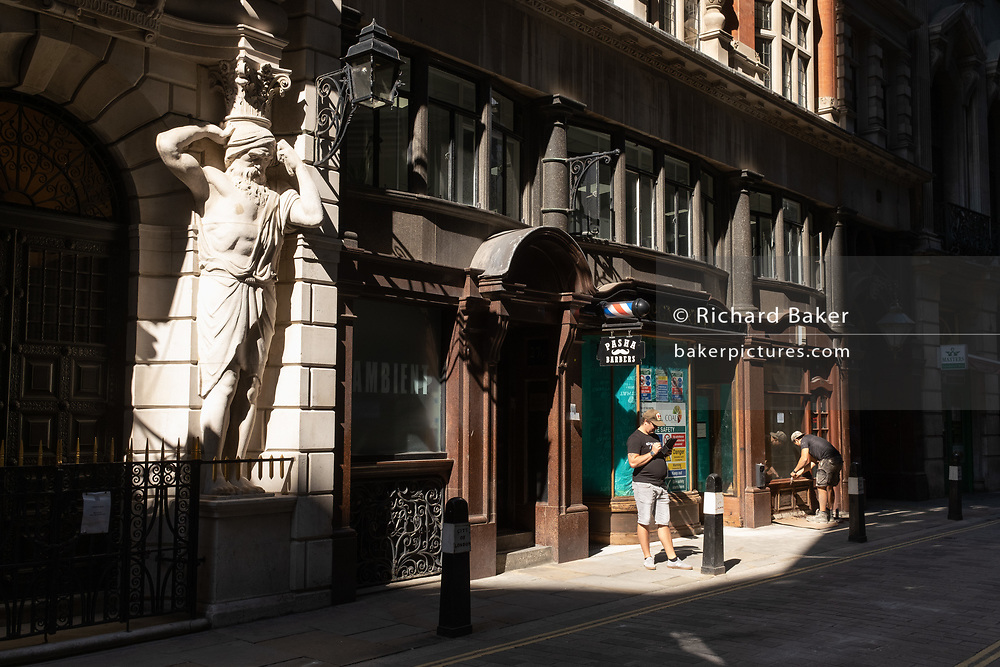